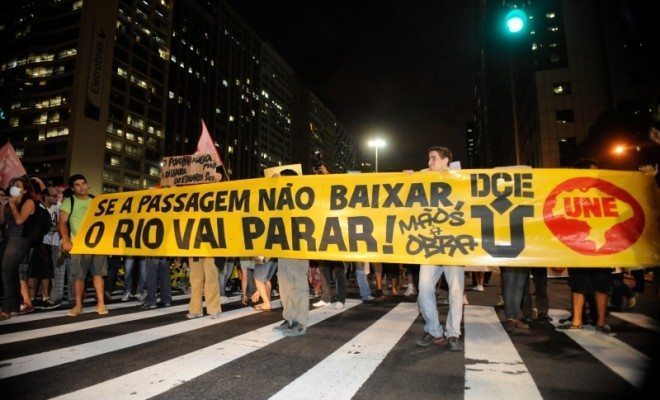 Last month, the NBA came very close to having at least one playoff game boycotted by players due to the incendiary remarks made by former Clippers owner, Donald Sterling. Last week, rumors swirled that FIFA would be forced to cancel the World Cup due to the number of protests in Brazil. Both the NBA Finals and the start of the World Cup proceeded as planned however, and while their respective controversies remain newsworthy, these incidents joined the long history of near-cancellations not becoming tangibly disruptive. Will this ever change?

Although world wars have ended, cooler heads have not necessarily prevailed. Public backlash, much like sports popularity, seems to grow dramatically in the age of twenty-four hour news coverage.  In 2008 the Dakar Road Rally was cancelled following the heavily reported murder of four French tourists in Muaritania over Christmas vacation. Al Qaeda later claimed responsibility and followed with more publicly reported threats, ultimately forcing the Amaury Sport Organization to save face and cancel the event.

Good guys have also used new technology to cancel sporting events. In 2012, the New York City Marathon was cancelled after public criticism following the decision to host the event during Hurricane Sandy recovery. Many New Yorkers took to Twitter and Facebook to spread the message by creating hash tags and Facebook groups calling for cancellation.

A year earlier, the Middle East played host to several national uprisings during the Arab Spring.  Related pressure from the movement, which was largely incited by social media,  led organizers of the Bahrain Grand Prix to cancel the event in 2011. In 2012 the race was almost cancelled again amid continued protest.

Tweeting, Facebooking, and YouTubing protests have galvanized followers into action much like aligned sports fans have used it to organize at their favorite bars to watch games. As these conventions grow more pervasive, it’s possible that protests through social media will gain more followers, and gain them earlier.  Following reports of corruption and poor working conditions, there are already at least four Facebook groups (like this one), a Twitter handle, and a host of YouTube videos calling for a boycott of the 2022 World Cup in Qatar. FIFA may dismiss these efforts as a bunch of pissed off young people trying to ruffle feathers. And they may be right. But that’s also why they should be scared.