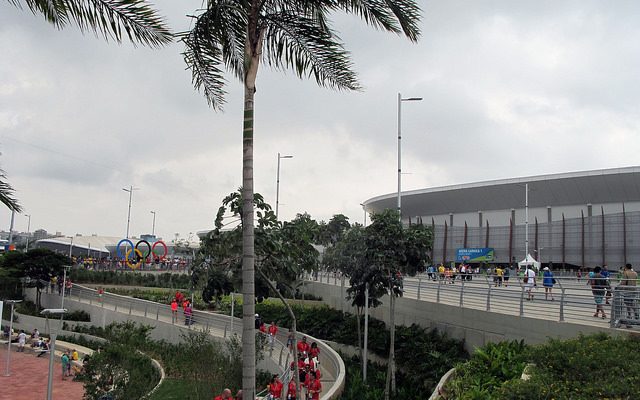 A second Olympic boxer has been arrested in Rio on allegations of sexually assaulting a housekeeper. Jonas Junius, a 22-year-old Namibian boxer who was scheduled to compete in the welter weight division Thursday, is said to have allegedly grabbed and kissed a maid before offering her money to have sex with him.

BREAKING: Boxer Jonas Junius has been arrested for an attempted sexual assault of an Olympic Village housekeeper. pic.twitter.com/aj4XEDw8WZ

Junius’ case was preceded last week by the Friday arrest of Moroccan boxer Hassan Saada, 22, who is being detained in a Rio jail for 15 days for allegedly sexually assaulting two Brazilian maids in the Olympic Village.

Chief investigator Carolina Salomao told CBS New, “They were cleaning the room right across his, and he assaulted them. He groped the breast of one of them and touched the other woman’s thigh. They were able to get out.”

Under Brazilian law suspects can be held for long periods of time while police gather evidence. He was scheduled to fight Saturday against Turkish boxer Nadir Mehmet Unal in the light heavyweight division. Saada’s lawyers attempted to obtain a special release to allow him to compete, but it was denied.

Junius, who was the honored flag bearer for Namibia during the Olympic Opening Ceremony, will also be held for 15 days while Rio police investigate the assault claim.

There’s something eerie about the similarities of the two cases–both suspects are 22-year-old boxers accused by housekeepers. Still, with details at a minimum and investigations underway, it’s impossible to speculate if the cases have a connection, or are unfortunate coincidence..

Alexis Evans
Alexis Evans is an Assistant Editor at Law Street and a Buckeye State native. She has a Bachelor’s Degree in Journalism and a minor in Business from Ohio University. Contact Alexis at aevans@LawStreetMedia.com.
Share:
Related ItemsBrazilHassan SaadaJonas JuniusOlympic Villagerio olympicsSexual Assault