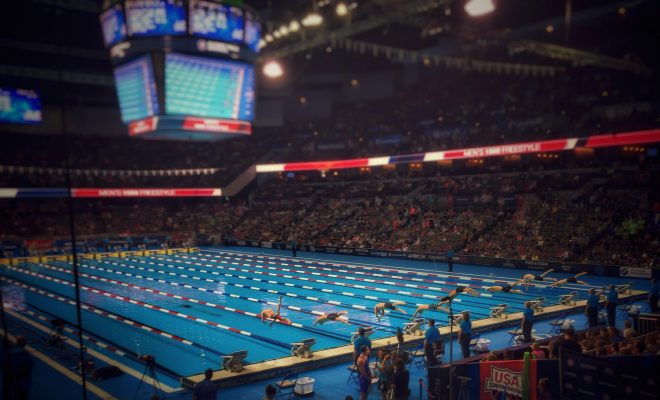 Concerns about violence in Rio in the weeks and months leading up to the 2016 Olympic Games were certainly present–and they seem to have been at least somewhat founded, given that there have already been quite a few incidents. But one of the most well known American stars of the Games, swimmer Ryan Lochte, was robbed at gunpoint last night (along with three other American swimmers), in what may end up being one of the more high profile crime stories of the Rio Olympics.

Lochte was with other Team USA swimmers Gunnar Bentz, Jack Conger, and Jimmy Feigen. They all left a party together at “Club France,” hosted by the French Hospitality Club, around 3 AM and got in a cab. Lochte described the mugging to NBCNews, saying:

And then the guy pulled out his gun, he cocked it, put it to my forehead and he said, ‘Get down,’ and I put my hands up, I was like ‘whatever.’ He took our money, he took my wallet — he left my cell phone, he left my credentials.

The incident was confirmed by the U.S. Olympic Committee, but a spokesperson also said that they athletes “are safe and cooperating with authorities.”

Bentz, one of the swimmers who was mugged, also tweeted:

With all the safety concerns associated with the Rio Games, a high profile incident like this seemed almost inevitable. While thankfully only possessions were lost, it’s expected that security could continue to be ramped up as the Games continue this week.

Anneliese Mahoney
Anneliese Mahoney is Managing Editor at Law Street and a Connecticut transplant to Washington D.C. She has a Bachelor’s degree in International Affairs from the George Washington University, and a passion for law, politics, and social issues. Contact Anneliese at amahoney@LawStreetMedia.com.
Share:
Related Items2016 GamesBrazilCrimeOlympicsRioRyan LochteUSA Swimming