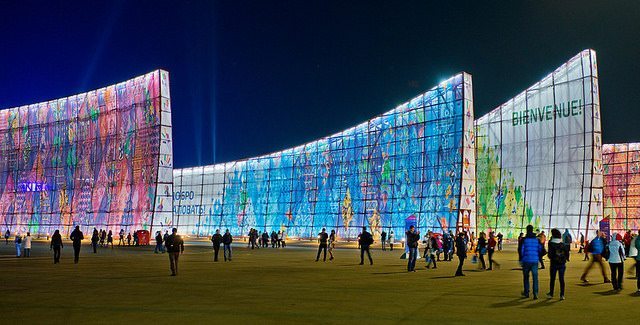 $how Me the $ochi

By now you’ve probably heard about the bigots, dog killers, and unfinished hotels in the Russian Olympic city of Sochi. The Games have just begun and yet problems with hosting the Olympics have been reported for several months. Most folks here in the good ol’ U S of A are probably asking themselves, “Why would the International Olympic Committee (IOC) select such a functional, idyllic location for the 2014 Winter Games?” Well, the answer is more complicated than you think! Just kidding, it’s mostly about money.

In 2007, the IOC descended upon Guatemala to determine which city would be awarded the 2014 Winter Olympics. The winner (if you want to call it that, since most people believe it’s  a drain on the economy) would have to indicate that their city could handle the financial impact, security measures, and transportation demands that come with hosting the Olympics. (Read the IOC Commission Report here.) But to even woo the IOC to your city, a country must spend millions.

The IOC narrowed its 2014 finalists to Salzburg, Austria; Pyeongchang, South Korea; and Sochi, Russia. During the bidding stage, Salzburg and Pyeongchang were both found to be more accommodating than Sochi, but Sochi’s bidding budget of $27.5 million easily eclipsed those of Salzburg and Pyeonghang ($7.8 million and $21 million, respectively). Russia’s bid team hit its crescendo when a full-size skating rink was flown into Guatemala — in the world’s largest airplane — to wow the IOC judges. In addition to the bid budget, the Russian Federation guaranteed any “eventual shortfall would be covered by the Federal government.” Considering the Olympics are usually over budget, and Russia’s GDP is much greater than that of South Korea or Austria, this was no small promise. This guarantee, coupled with Russia’s bidding blitz, cemented Sochi as the host of the 2014 Winter Olympic Games.

But considering the Olympics have gotten off to a rough start in Sochi, will the IOC change its valuation system?  After all, tales of Sochi’s spending have traveled the globe; the Games have cost Russia roughly $51 billion. Other countries have also voiced their criticism over the current system of bidding.  Austrian officials say their country has effectively been phased out of future bids due to the country’s  concentrated yet relatively low level of wealth.  But the IOC is unlikely to change. IOC President Thomas Bach has stood by the Sochi Games and the IOC’s choice.  He’s also standing by Rio De Janeiro as the selection for the 2016 summer games, despite the myriad of issues facing those Olympics. The games will go on, and the money will continue to flow.