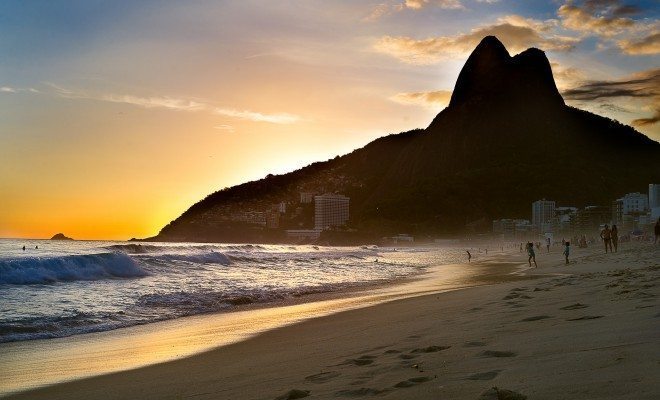 Brazil’s 2016 Olympics: Does Anyone Want to Go to Rio?

The 2016 Summer Olympics will be hosted in Rio De Janeiro, Brazil, and it seems like hardly anyone is excited about them. The trouble is, those seats might be pretty empty. Only half of the tickets have been sold–and demand is so low that Brazil might be buying its own tickets (the government is considering purchasing tickets to distribute to public school students.) Those students might be well-advised to stay home during those days, however, to avoid the likely chaos of the Olympic Games. The deck is stacked against Brazil in more than a few ways–pollution, illness, poverty, and crime all swarm around the event in Rio.

Erik Heil, an Olympic sailor, went for a test-swim in the Rio waters during an Olympic test event last August. After his exposure to the water, he became infected with the flesh-eating disease MRSA and had to be hospitalized. The Associated Press performed a test of the water, and the results are astonishingly bad–the analysis found “human sewage at levels up to 1.7 million times what would be considered highly alarming in the U.S. or Europe.” Athletes might refuse to participate in the Olympic events if their health is at risk.

It doesn’t help that Brazil has a reputation for being the murder capital of the world. And while Rio isn’t the most dangerous city by a long shot, crimes on the beaches of Ipanema and Copacabana have been escalating in recent months, in anticipation of a tourism influx. Plus, the connection between large sporting events and spikes in crime was well documented during the World Cup in 2014, when muggings grew 60 percent.

After the Ebola scare of 2014, international travelers are extremely sensitive to the health risks involved in visiting a new country. As concern about the Zika virus grows, would-be spectators, especially women, are less inclined to put themselves at risk–Brazil is in a part of the world where the Aegyptus mosquito, the insect responsible for most Zika transmission, is prevalent. Olympic officials have announced that event spaces will be regularly inspected, so that there are no puddles of stagnant water in which mosquitos could reproduce.

Brazil is also experiencing its worst recession in 25 years, amidst political turmoil–the government is considering impeaching President Dilma Rousseff, and the country’s economy is expected to shrink around 3.5 percent this year. Considering that the government has spent over 39.1 billion reais (about 10.8 billion dollars) on building stadiums and extending their subway lines, the investment could be a massive failure. All of these problems could spell trouble for the Olympics, but with so much money invested, Olympic officials are arguing that the show must go on. You might even be able to get cheap tickets to your favorite event–perhaps the newly added Olympic golf?