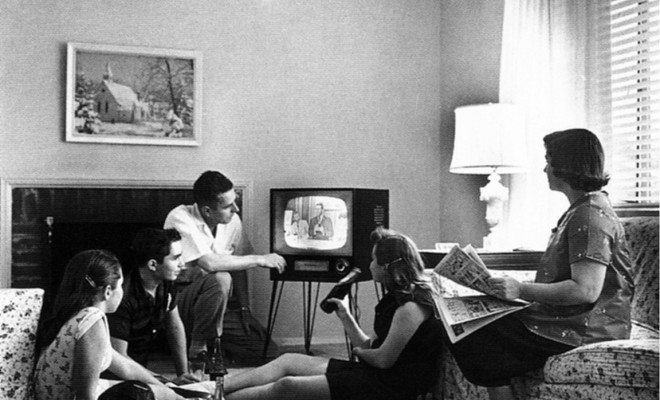 So good job, television, you have officially killed childhood. Yes, I concede that kids still have options to get their fix. With Hulu, Netflix, and other methods of streaming shows, it could be argued that they have even MORE options. Some might say that cartoon viewing is only ENHANCED by the ability of children to choose what they want to watch on Sunday morning. I still feel strongly, however, that ending the block of programming we knew and loved known as “Saturday Morning Cartoons” signifies the end of an era.

Before being able to watch whatever we want whenever we want to, there was a little bit more patience and excitement involved. Perhaps this is a stretch, but Saturday Morning Cartoons taught some pertinent life lessons. Because they can decide not just which show they want to watch but which specific episode of that show, kids will no longer learn to expect the unexpected. Life is not always under our control. We cannot determine our lives with the touch of a button on a remote. Saturday morning cartoons kept alive the beautiful air of mystery that is present in real life. What shenanigans are Scooby and the gang going to get into this Saturday? I don’t know. Let’s grab a bowl of Reese’s Puffs and park it in front of the TV to find out. What adventures are Patrick and Spongebob going to have tomorrow morning? Who knows! Let’s enjoy the first part of our weekend by finding out.

No, now things will be quite a bit different. What do we want Tom and Jerry to fight about tomorrow? Let’s browse through the collection of episodes on the Internet and decide. Let’s watch the same episode of Dexter’s Laboratory that we watch EVERY TIME instead of venturing outside of our comfort zones to try something new.

Honestly, kids these days don’t have to learn to deal with anything. As annoying as they were, commercials were a given part of the Saturday morning cartoon-watching ritual. Now, that ritual is a dead and beaten horse. Saturday morning cartoons were not just for the children but for their parents as well. That block of programming specifically set aside for cartoons allowed the perfect time for families to bond. Commercials simply provided a little break for kids and their parents to reflect on the crazy capers that their favorite cartoon characters have gotten into. Now, they can just fast forward and sit in silence the entire episode. How depressing.

So, Saturday Morning Cartoons, you will be gravely missed by me, by children everywhere, by their nostalgic parents, and many others. I am sure I am not alone in saying that I hope you rest in peace. May Scooby, Sonic, Garfield, all the Looney Tunes, and any other cartoon I have failed to mention forever remain in our hearts. Now, please join me in the reception hall for a photo montage of Saturday Morning Cartoon’s long and beautiful life. Refreshments will be served. Thank you.

Marisa Mostek
Marisa Mostek loves globetrotting and writing, so she is living the dream by writing while living abroad in Japan and working as an English teacher. Marisa received her undergraduate degree from the University of Colorado in Boulder and a certificate in journalism from UCLA. Contact Marisa at staff@LawStreetMedia.com.
Share:
Related ItemsCartoonsCW NetworkHuluNetflixPatienceSaturday Morning CartoonsSpongebobStreamingStreaming VideoTelevision