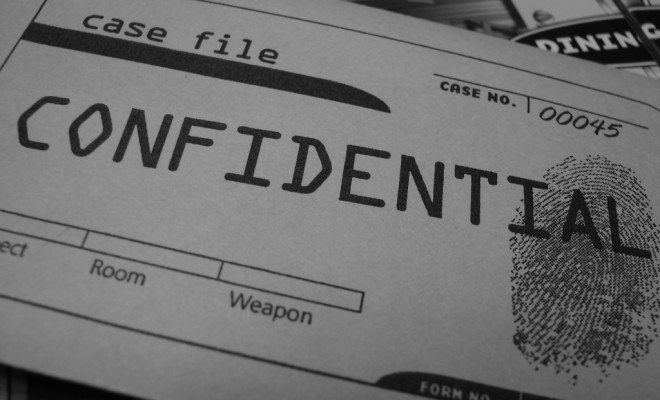 It’s a cliché that’s been played out on every crime procedural on TV: a rich young man, maybe the son of a wealthy family, or maybe a self-made millionaire, commits a horrible crime. And it’s covered up. His family and the people who work for him support him. Sometimes the cops can make a dent and sometimes they can’t. Sometimes they succeed but the courts don’t buy it. I swear, I’ve seen this on every crime show I’ve ever watched — Law & Order: SVU, Bones, Criminal Minds, you name it. And I think the reason that it’s such a powerful theme is because it’s frightening. It’s scary to imagine that there are still people in this country whose money and influence can get them out of the justice system.

And what’s even scarier than imagining such a scenario? When it becomes reality.. There have been not one, but two breaking stories this week that have sent shivers up my spine.

The first is the case of Gurbaksh Chahal. He is a self-made multimillionaire who has sold a number of internet startups for quite a pretty penny. At only 31, he has been named America’s most eligible bachelor, released an autobiography, regularly makes inspirational and motivational speeches, and has been interviewed by Oprah Winfrey. Up until a few days ago he was the CEO of RadiumOne, an advertising firm.

And there’s video evidence of that. A 30-minute recording shows Chahal kicking and hitting his girlfriend 117 times and then trying to smother her. She couldn’t breathe for almost 20 seconds. He told her four times that he was going to kill her. And as a result for his heinous crimes, he faced 45 felony counts. But because a judge ruled the video inadmissible and the ex-girlfriend didn’t end up testifying, he only pled guilty to one battery and one domestic violence battery charge.

So the man who hit his girlfriend over 100 times got 25 hours of community service and three years of probation. Oh, and he has to take a class on not being a shitty person. That’s it.

In some tiny bit of karmic retribution, Chahal has been dismissed from his position as RadiumOne CEO. So, naturally, Chahal thought what was appropriate was to publish a gigantic, inappropriate, and frankly delusional self defense. He now claims that he didn’t hit or injure her, just lost his temper after discovering she was working as a prostitute. He claims that he was the victim of a witch-hunt, the police were after him, and that the video was “bullshit.” And that totally makes sense, right? Because the police have the resources and wherewithal to fabricate a half-hour domestic abuse video for no apparent reason.

So here’s my issue. The man lost almost nothing. Fine, he lost his job, but he clearly didn’t really need that job in the first place. He has plenty of money, probably enough to invest it and make enough to live on for the rest of his life. He has a few years of probation, and a measly 25 hours of community service, but at the end of the day his life isn’t going to change in any real way. Am I saying that the judge should have kept the video in even if he genuinely found it inadmissible? No, definitely not. But for god’s sake, this man can take another woman up to his gorgeous San Francisco penthouse and beat the crap out of her if he wants. Because there’s nothing really stopping him — obviously a fear of breaking the law isn’t going to be enough. And that’s downright terrifying.

So now let’s move across the country to Massachusetts where something equally horrifying is happening. Jerry Remy is pretty much a household name in Red Sox country. He is a former Sox player who’s in the Red Sox Hall of Fame and now works as a broadcaster for the team. But his son, Jared Remy, is pretty much a psycho.

Jared Remy has been the subject of approximately twenty different criminal cases. His charges ranged from elbowing and attacking a police officer to hitting a friend over the head with a glass beer bottle. But for the most part, the cases involve terrorizing and abusing women. He got off essentially scott free. He has been found guilty only twice, and in each of those cases he received a suspended sentence. He has been on plenty of temporary probations, and instead of going to jail for his crimes he was ordered to do things like go home and live with his parents. It’s clear his parents can’t control him, although they’re more than happy to support their son, who is utterly incapable of holding down a job or even trying to do so.

Now he’s accused of murdering his former girlfriend, Jennifer Martel. He’ll go on trial October 7, and honestly, who knows what will happen. The Boston Globe wrote an excellent exposé on Remy about a month ago that categorically goes through every single abject failure of the justice system that put Remy back on the streets to hurt more women time and time again. Finally, with that piece and some other local Boston websites, the story has begun to break regional news, although I’ve seen almost no non-New England outlets pick it up. Maybe the turn of public opinion will make this charge stick. Maybe. Or maybe Remy will be allowed to walk away with a slap on the wrist again.

So what do we have here? Two men. Both extraordinarily wealthy, though through admittedly different means — Chahal was self-made and Remy appears to never have made anything useful in his life. Both seemingly guilty of horrific domestic abuse. And both allowed to walk free. With Chahal it was just once, with Remy it was dozens of times, but in both cases the justice system failed to do its job. It failed to protect the women in these mens’ lives. The crimes they committed aren’t the scary part. It’s the way that they got away with it that makes me feel like I’m sitting in front of my TV watching one of those ubiquitous TV procedurals.

Because hell, that’s much better than accepting that our justice system is allowing Chahal and Remy to get away with what they did.

Anneliese Mahoney
Anneliese Mahoney is Managing Editor at Law Street and a Connecticut transplant to Washington D.C. She has a Bachelor’s degree in International Affairs from the George Washington University, and a passion for law, politics, and social issues. Contact Anneliese at amahoney@LawStreetMedia.com.
Share:
Related ItemsDomestic ViolenceFailureGurbaksh ChahlJared RemyJerry RemyJustice SystemMost Eligible BachelorRadiumOne