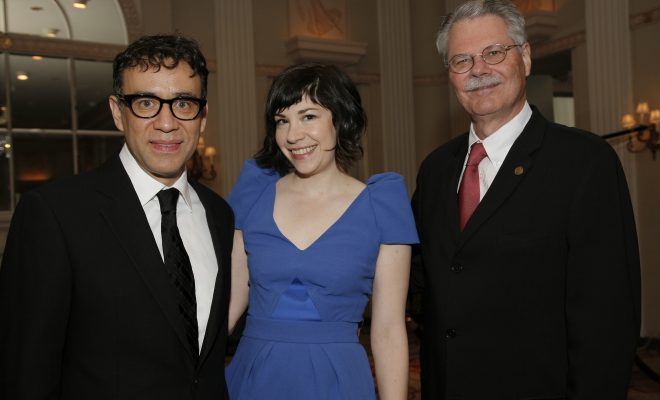 If you’ve ever seen the Fred Armisen and Carrie Brown show “Portlandia,” you know one of the most popular sketches is the feminist bookstore, where Brown and Armisen play hilarious type-A feminist bookstore keepers. Turns out that bookstore, In Other Words, is a real shop that the show’s creators have worked with for years. Recently, though, the bookstore owners have severed ties with the show and earlier this year put up a sign in the window condemning the program.

Lol Portlandia triggered the bookstore they use for that skit pic.twitter.com/bvdACVntmx

Their complaint described the show as white and gentrifying. Which is weird because the show seems very self-aware and makes fun of both of those things extensively. Is the criticism based on creative differences?