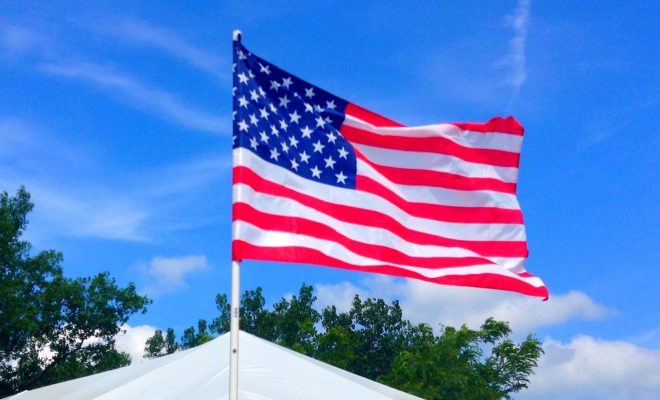 You know it’s going to be an effed up day when you’re sitting in class, learning about freedom of speech and your teacher pulls down the American flag and stomps on it. Lee Francis, a teacher at Massey Hill Classical High School in Fayetteville, N.C., said he took down the flag, took two steps, and almost immediately students left the classroom.

Residents of Fayetteville have since called him unpatriotic and one observer said that he could stomp on the flag on his own time, but not in the classroom.

Francis maintains that he was simply teaching a lesson and didn’t mean any disrespect. In fact, he’s pretty shocked by the backlash.