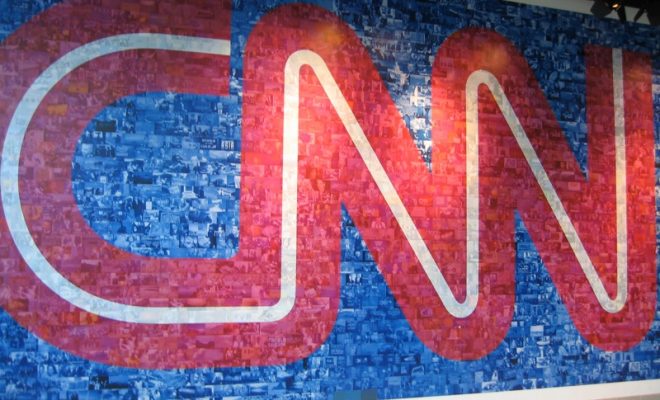 The Trump re-election campaign (yes, already) released an ad about the president’s first 100 days in office, in which it calls CNN and other mainstream media outlets “fake news.” CNN refused to air the ad, but did fact-check its claims. It turns out that a lot of the information in the ad itself is…fake news. For example, it claims that Trump created over 500,000 jobs. But those numbers only add up if Trump takes credit for jobs created before his inauguration.

Pres. Trump released an ad highlighting the work he’s done in his first 100 days. Here’s a fact check of his claims https://t.co/9sbDlANYhJ pic.twitter.com/PlXolgsCmf

Yesterday, the campaign sent out an email to its supporters blasting CNN for not airing the ad: “It is absolutely shameful to see the media blocking the positive message that President Trump is trying to share with the country. It’s clear that CNN is trying to silence our voice and censor our free speech because it doesn’t fit their narrative.” But choosing not to air a paid ad on a network doesn’t exactly equal censoring free speech. CNN responding by saying that the ad could air if the campaign removed the banner that says “fake news.”

Good for @CNN! Other networks should stand up to this moron, and follow CNN’s lead on this one! https://t.co/UBA7sTi0mY

Emma Von Zeipel
Emma Von Zeipel is a staff writer at Law Street Media. She is originally from one of the islands of Stockholm, Sweden. After working for Democratic Voice of Burma in Thailand, she ended up in New York City. She has a BA in journalism from Stockholm University and is passionate about human rights, good books, horses, and European chocolate. Contact Emma at EVonZeipel@LawStreetMedia.com.
Share:
Related ItemsCNNCoupleFake NewsFBIISISJeff SessionsMarylandSean SpicerYouTube