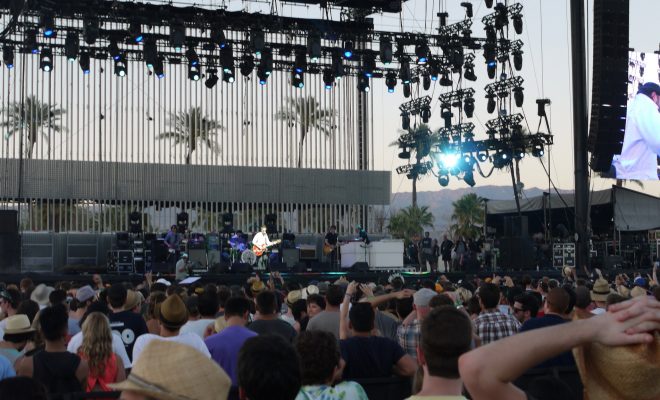 Happy Friday, everyone! The first week of January has seen a lot of rants, and unfortunately for some music lovers, one of the best-known music festivals is a prime target. Welcome to RantCrush Top 5, where we take you through today’s top five controversial stories in the world of law and policy. Who’s ranting and raving right now? Check it out below:

Coachella: Do Politics Matter More Than Music This Year?

Wildly popular music festival Coachella just announced its 2017 lineup, and while it does have huge names such as Radiohead and Beyoncé, politics actually propelled it into the spotlight this time.

The festival’s CEO, Phil Anschutz, has donated big sums of money to organizations like the Alliance Defending Freedom and the National Christian Foundation. The former is a group working against abortion access and same-sex marriage, and the latter has been classified as an extremist group by the Southern Poverty Law Center. This news did not sit well with most Coachella fans. Many took to Twitter to express their dismay:

PSA: Don’t go to Coachella because your money will be going to the owner of Coachella, who donates to several Anti-LGBT groups. pic.twitter.com/jWYNzow4hy

People also started calling for artists (and attendees) to boycott the festival:

Emma Von Zeipel
Emma Von Zeipel is a staff writer at Law Street Media. She is originally from one of the islands of Stockholm, Sweden. After working for Democratic Voice of Burma in Thailand, she ended up in New York City. She has a BA in journalism from Stockholm University and is passionate about human rights, good books, horses, and European chocolate. Contact Emma at EVonZeipel@LawStreetMedia.com.
Share:
Related ItemsAir PollutionCoachellaDonald TrumpEnvironmentJoe BidenLondonWhoopi Goldberg