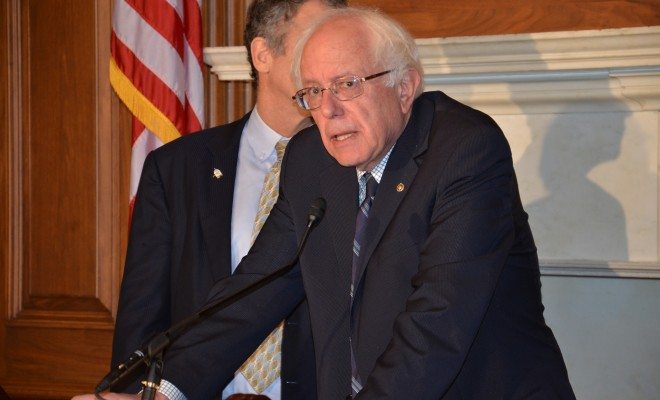 Senator Ben Sasse (R-Nebraska) went on a pretty intense Facebook tirade against both Donald Trump and Hillary Clinton on Facebook, calling for a third party candidate to join the scuffle. Part of the “never Trump” brigade, Sasse also took to Twitter to voice his displeasure with his party’s seemingly inevitable nominee.

Thought experiment: Why shouldn’t America draft an honest leader to focus on 70% solutions for the next four years as a caretaker? An adult?

Newly released court documents about the Jerry Sandusky abuse scandal have sparked outrage. The Penn State University is suing its former insurance company in an attempt to determine who is liable to pay the victims of Sandusky’s abuse. These papers revealed that “PMA claims … in 1976, a child allegedly reported to PSU’s Head Football Coach Joseph Paterno, that he (the child) was sexually molested by Sandusky.” That’s a horrific 12 years before the previous earliest-known allegation of abuse against Sandusky.

Trump sent out quite a whopper of a Cinco de Mayo tweet yesterday:

There are many, many horrifying things that can be said about this tweet, but the flawless Samantha Bee summed it up perfectly with her own taco bowl pic, captioned: “The best taco bowls are made by hardworking immigrants who don’t like being called rapists by a rich prick. I love inauthentic Mexican food!”

A tow truck driver who supports Donald Trump for president refused to provide service to a woman with a Bernie Sanders sticker on her car in Greenville, South Carolina. After seeing her sticker, as well as a Sanders lawn sign, he claimed that “every business dealing in recent history that I’ve had with a socialist-minded person, I haven’t got paid.” Then, he encouraged her to call the government to tow her car, and drove off. Needless to say, I think we all know how Bernie would react:

Pope Francis just gave a pretty hard-hitting speech about the treatment of migrants in Europe. He was speaking as the recipient of the Charlemagne prize for his work on behalf of European solidarity, and asked: “What has happened to you, the Europe of humanism, the champion of human rights, democracy and freedom?” After that speech, we’ll have to see if Europe can get its act together.