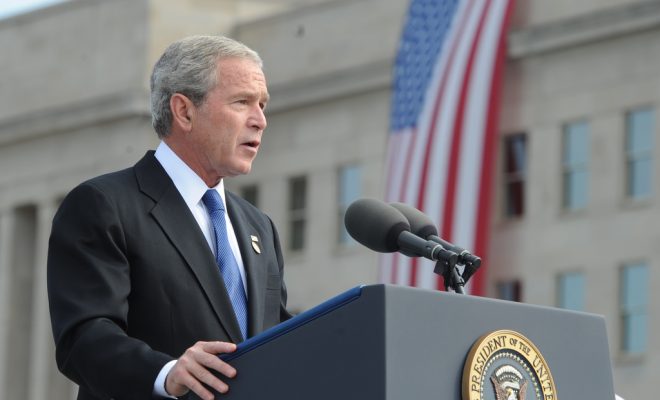 In his first interview since President Donald Trump took office, former president George W. Bush spoke out against the new president yesterday and criticized many of his recent statements. He said that a free media is “indispensable to democracy.” Referencing Trump’s recent comments that the media is the “enemy of the people,” Bush clearly disagreed. He said that power can be addictive and corrosive, and that we need the media to “hold people like me to account.” Some were surprised that they wholeheartedly agreed with Bush, while others pointed out the hypocrisy of applauding Bush after years of criticizing him:

Emma Von Zeipel
Emma Von Zeipel is a staff writer at Law Street Media. She is originally from one of the islands of Stockholm, Sweden. After working for Democratic Voice of Burma in Thailand, she ended up in New York City. She has a BA in journalism from Stockholm University and is passionate about human rights, good books, horses, and European chocolate. Contact Emma at EVonZeipel@LawStreetMedia.com.
Share:
Related ItemsBagelsConfederate FlagDonald TrumpGeorge W. BushKellyanne ConwayLondon