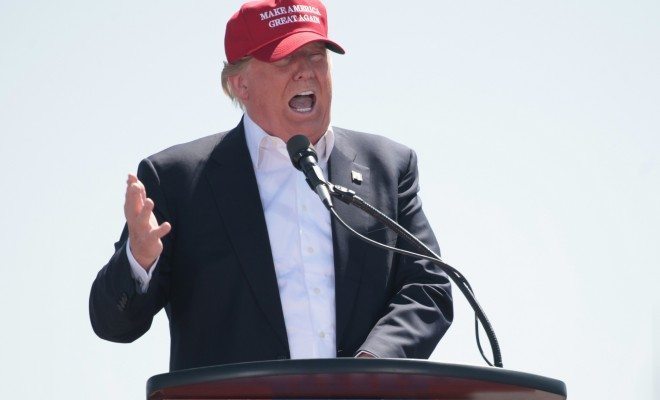 Happy #ThrowbackThursday everyone! Remember when the former president of Mexico, Vincente Fox, told Donald Trump in an interview with Breitbart that he would not pay for Trump’s “f****** wall”?

That was crazy. But what’s even crazier is how last night Fox tried making amends with the presumptive GOP nominee in another Breitbart interview. Later the ex-president even invited Trump to Mexico. Fox claims it was in good form of him to apologize and Trump should do the same. Others say that the apology only makes Trump stronger. So does Trump win this rant-filled feud? See for yourself:

Vegans and health nuts everywhere are having a field day! The NFL is warning athletes not to eat too much meat from Mexico and China. Apparently eating large quantities of meat produced in those countries can lead to a positive test result for clenbuterol–a muscle building stimulant banned by the league’s drug policy. But besides the fact that this is a total vacation damper, it raises suspicion about the possibility of tainted meat from abroad.

Starbucks has been in the news quite a bit this week. This week, the coffee chain announced its new frappuccino: the Caramel Waffle Cone frap, which, if I’m honest, sounds freaking delicious!

But remember how Starbucks played us all with their ice-drink ratio thievery and their overall under-filling issue? A number of lawsuits have been filed against Starbucks for profiting off these cheap tactics. I certainly will never forget the day I spent $6 on a latte and was given half a cup of milk. I swore never to shop at Starbucks again. But…I wonder if those Caramel Waffle Cone fraps are any good.

You know me when #StarbucksHappyHour FRAPS are back I am there!! Tried the NEW Caramel Waffle Cone Frap! pic.twitter.com/tpuHLPKXqt

Los Angeles, the city of Angels (and many say one of the best cities in the world, second to NYC) has a major problem: homelessness. In less than a year, Los Angeles’ homeless population  increased by 11 percent. Among the most affected are veterans and, for the first time ever this year, people between the ages of 18 and 24.

To conclude our Throwback Thursday edition of RantCrush Top 5, let’s talk about Martin Shkreli. Yes, he’s back in the news. This “Pharma bro” is facing new charges, but we mostly remember him as the former CEO of Turing Pharmaceuticals who jacked up prices for an AIDS treatment by 5,000 percent overnight. He’s also the same guy who took possession of a prized WuTang Clan album and wouldn’t give it back. But today, Shkreli is facing additional charges for siphoning money from his business to relieve himself of debt at another one of his companies. Seems like everything is just one big game of Monopoly to this kid. Hopefully he’ll soon be out of the news for good.