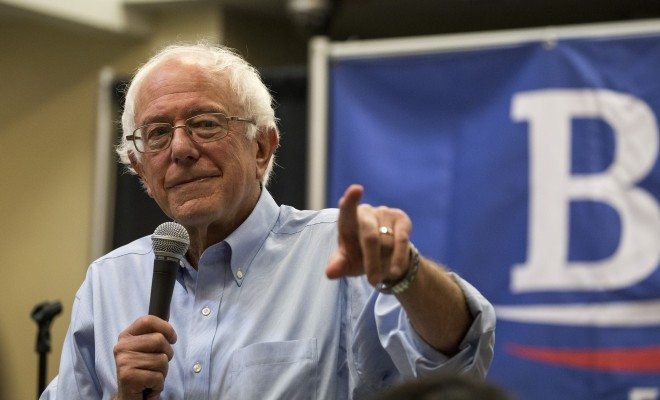 Who are the Most Popular Senators?

Vermonters really like Bernie Sanders, and Kentuckians aren’t too fond of Mitch McConnell, according to a recent survey from the polling firm Morning Consultant.

According to the survey–which was conducted over a period of several months polling over 75,000 people in total–83 percent of Vermonters approved of Bernie Sanders’ job performance while only 38 percent of Mitch McConnell’s constituents approved of his performance. McConnell, the Senate Majority leader, was the only Senator whose disapproval rating is higher than his approval rating–38 percent and 52 percent, respectively. The poll’s full results are at the bottom of the article, click here to jump there now.

There are currently five senators running for president, and after Bernie Sanders, Ted Cruz is the next most popular with an approval rating of 52 percent.

The poll’s findings suggest that Senators from small states tend to be more popular among their constituents. The five most popular senators come from Vermont (with two in the top five), Maine, Wyoming, and North Dakota, all of which are also among the states with the smallest populations. While an important part of Bernie Sanders’ popularity is likely his ongoing presidential campaign, the relative popularity of small-state senators indicate that his campaign is probably not the only factor at play. One possible explanation is that in states with the fewest people, it may be easier for senators to hold views that more closely align with their constituents.

It’s also interesting to look at the senators with the lowest approval ratings. At the bottom of the pack are Senators Bob Menendez of New Jersey, Gary Peters of Michigan, and Mitch McConnell of Kentucky. Menendez is currently facing a federal indictment for corruption charges, Peters was very recently elected, and McConnell holds a particularly polarizing position as the Senate Majority leader and recently finished a very contentious reelection campaign. This also isn’t McConnell’s first time with a  low rating; a 2012 poll found similar results. And while Peters’ approval rating was just 37 percent, his disapproval rating was also low (27 percent), indicating that a large number of respondents didn’t have enough information to evaluate him.

While most Americans have a very negative view of Congress in general, opinions of individual senators are typically much higher. Overall, the average job approval among Democrats and Republicans are pretty close, as each sits just above 50 percent. According to the Morning Consultant data, Democratic senators average a job performance approval rating of 54 percent while Republicans have an approval rating of about 51 percent. The two independent Senators–Bernie Sanders and Angus King–have a considerably higher average approval rating, about 74 percent.

The table below provides the full data from the Morning Consultant poll. In total, the firm polled 76,569 Americans. The median sample size was 1,172 people, varying from 198 registered voters in Wyoming to 6,696 voters in California. When looking at the data it is important to take the margin of error into account, as states with a much smaller sample have a wider corresponding margin of error. For example, the margin of error in the Vermont poll was +/- 6.5 percent, which means that Bernie Sanders’ approval can be somewhere between 89.5 and 76.5.