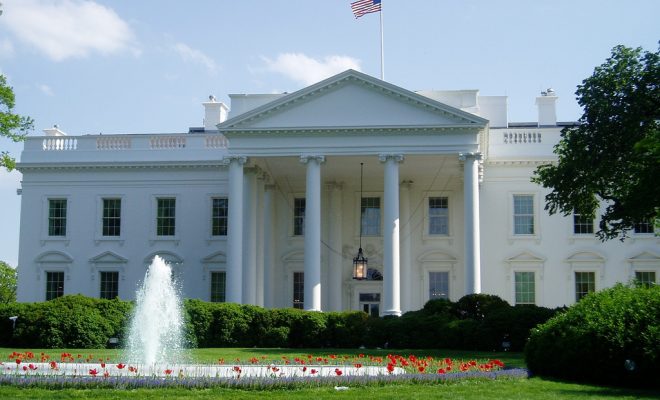 White House Bans Reporters From Press Briefing: What You Need to Know

The White House has taken the next step in its war against the media, by blocking journalists from some of the biggest news outlets from the daily press briefing on Friday. Reporters from the New York Times, CNN, Buzzfeed, the Los Angeles Times, and Politico, all of which have published critical pieces about Donald Trump, were stopped from entering the press briefing.

The only news outlets that were allowed in had been confirmed previously, the White House said, and included right leaning Breitbart News, the One America News Network, the Washington Times, and Fox News. ABC, CBS, The Wall Street Journal, and Bloomberg were also allowed in. The briefing was also changed from an on-camera event to an off-camera gaggle.

This marks an unusual and brusque new approach to the Executive Branch’s relationship with the media. Journalists from Time and the Associated Press chose to not attend in solidarity, even though they were allowed in.

The executive editor of the NY Times Dean Baquet condemned the White House’s move in a statement:

Nothing like this has ever happened at the White House in our long history of covering multiple administrations of different parties. We strongly protest the exclusion of The New York Times and the other news organizations. Free media access to a transparent government is obviously of crucial national interest.

Naturally the announcement by Spicer caused an uproar.

AP and Time boycotted the gaggle today because of the way it was handled.

CNN was blocked from WH @PressSec‘s media gaggle today. This is our response: pic.twitter.com/8SfY2uYKEI

And many reporters showed solidarity with each other and pointed out that no matter political difference of opinions, government press briefings should be open to all.

Some at CNN & NYT stood w/FOX News when the Obama admin attacked us & tried 2 exclude us-a WH gaggle should be open to all credentialed orgs https://t.co/8Vjcs0KCPR

Numerous White House reporters have split up the duties of transcribing the Spicer gaggle to share with their colleagues who were excluded.

The move to shut some reporters out came just hours after President Trump’s speech at the CPAC, where he said that the media is “the enemy of the people.” He said reporters shouldn’t be allowed to have anonymous sources, and claimed they just make information up. “We’re going to do something about it,” he said.

Some analysts believe the president is doing all he can to discredit the media and shake people’s trust in it, since it is one of the biggest treats to his presidency. “By hammering reporters as dishonest purveyors of fake news, Trump simultaneously rallies his fans and lays the groundwork for dismissing fair-minded journalism as the work of partisan hacks,” said Peter Slevin, an associate professor at Northwestern University’s Medill School of Journalism. Unfortunately, a lot of people seem to believe the rumors and repeat Trump’s cry of “fake news.” But that won’t stop journalists from doing their jobs.

Emma Von Zeipel
Emma Von Zeipel is a staff writer at Law Street Media. She is originally from one of the islands of Stockholm, Sweden. After working for Democratic Voice of Burma in Thailand, she ended up in New York City. She has a BA in journalism from Stockholm University and is passionate about human rights, good books, horses, and European chocolate. Contact Emma at EVonZeipel@LawStreetMedia.com.
Share:
Related ItemsBanDonald TrumpGaggleJournalistsMediaNews OutletsPress BriefingSean SpicerWhite House