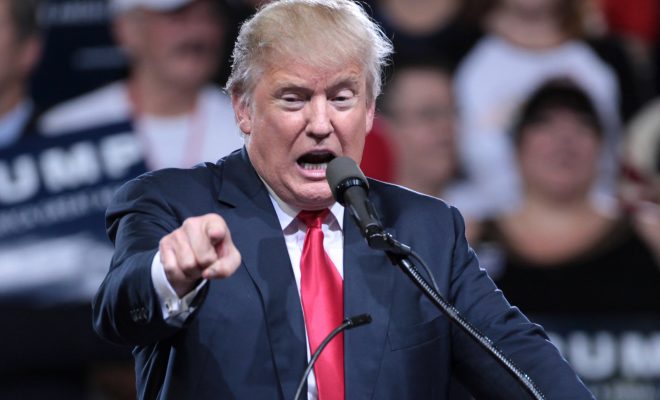 On Monday morning the White House announced that President Donald Trump–presumably after taking a break from tweeting about everything from wire “tapps” to Arnold Schwarzenegger–signed a new executive order to revise his controversial travel ban.

Unlike the hectic nature of the initial executive order’s rollout, the revised order was announced throughout Monday morning, with Kellyanne Conway going on “Fox & Friends” to explain the alterations, the administration releasing a somewhat comprehensive fact sheet, and Secretary of State Rex Tillerson and Attorney General Jeff Sessions explaining the legality and importance of the new order. Additionally, unlike the original order, which took effect immediately, the updated version will not be implemented for another 10 days. No cameras were around for the actual signing.

.@POTUS has signed a new executive order that will keep the nation safe. Read it at https://t.co/XcBwwEJJHF pic.twitter.com/Yx2mikXl2A

Here’s what you need to know about this new EO:

As CNN reported, this new executive order was originally planned to be signed last Wednesday. However, after the unexpectedly positive reception of Trump’s address to Congress, the administration decided to ride the wave of positive coverage before instituting an order that surely would ruffle some feathers.

If you need any proof that the Trump Administration was right to expect that the new order would make people angry, within minutes of the announcement of the order’s signing, organizations like the ACLU  released statements criticizing the new ban.

Austin Elias-De Jesus
Austin is an editorial intern at Law Street Media. He is a junior at The George Washington University majoring in Political Communication. You can usually find him reading somewhere. If you can’t find him reading, he’s probably taking a walk. Contact Austin at Staff@Lawstreetmedia.com.
Share:
Related ItemsDonald TrumpExecutive OrderImmigrationMuslim BanRefugeesTravel BanWhite House