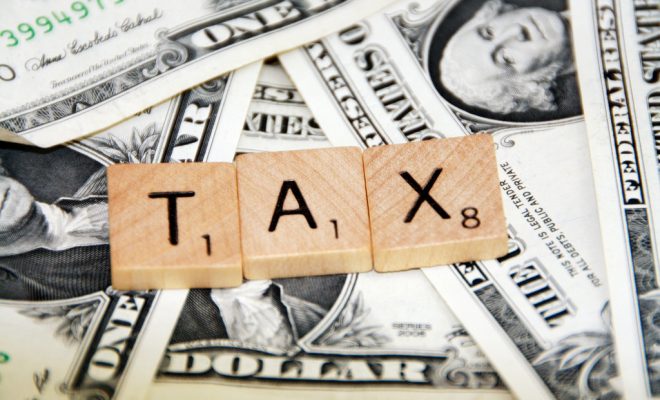 What You Need to Know About Trump’s Tax Plan

Despite protests in the street and pleas from Capital Hill, President Donald Trump has yet to reveal the amount he has–or has not–paid in taxes. But he plans to overhaul the U.S. tax code, and on Wednesday, he announced a one-page tax plan to accomplish that. Here is what you need to know.

In short: a range of tax cuts and some efforts to simplify the filing process. Trump’s tax plan, which will likely receive heavy edits as it makes its way through Congress, would reduce the number of individual tax brackets from seven to three–10 percent, 25 percent, and 35 percent. The proposal does not yet specify the income thresholds for each bracket. Currently, people in the top income bracket are taxed at a rate of almost 40 percent and those in the lowest bracket pay 10 percent, which would remain the same under Trump’s plan. While Americans overall would likely receive some sort of a tax break, the wealthiest Americans would benefit the most.

In addition, Trump’s plan would lower the corporate tax rate–and make it apply to small mom-and-pops and giant multinationals alike–from 35 percent to 15 percent. That would put the U.S., which currently has the highest corporate rate of any industrialized nations, in line with Germany and Canada, and slightly below Britain.

Another major change included in the plan: killing the “death tax,” aka the inheritance or estate tax. As of 2014, the U.S. inheritance tax–up to 40 percent for some estates–was the fourth highest in the world. Trump’s plan would scrap that tax–which supporters say is a key tool for redistributing income, and critics say unfairly steal from the rich–entirely.

What About the Debt?

Under Trump’s proposed tax overhaul, the national debt would skyrocket. At a press conference unveiling the plan, Treasury Secretary Steven Mnuchin said the plan “will pay for itself with growth.” Since the revenue from taxes would drop, the government would need to find other ways to obtain money to pay for its various obligations. But a variety of nonpartisan budget think tanks and analysts projected that previous versions of Trump’s plan would cause the federal deficit to balloon.

The Committee for a Responsible Federal Budget–a think tank that focuses on fiscal responsibility–predicts that the plan would add $3 to $7 trillion to the deficit over a decade. That would contradict Trump’s vociferous critiques of the rising debt under the past few administrations. History does not bode well for self-paying tax cuts–the idea that tax cuts would spur enough economic growth to balance out revenue lost due to lower rates. President Ronald Reagan’s tax cuts in 1981, for instance, contributed to the deficits that would follow.

What Do the Experts Think?

Bernard Baumohl, the chief global economist at the Economic Outlook Group: “The effort to introduce more fiscal stimulus into the economy is genuinely underway […] But the bare bones plan we saw unveiled [on Wednesday] is already conceptually flawed and unlikely to go far in Congress. The final product will bear no resemblance to the principal points highlighted in today’s meager release. Certainly, the first step in this process was unimpressive.”

JPMorgan Chase Analyst Jesse Edgerton: “Although the plan’s lack of detail makes estimating its revenue effects uncertain, we suspect the plan would be scored as dramatically increasing deficits, making likelihood of its passage through Congress slim […] the recent announcement is likely best viewed as an opening offer in a negotiation with many rounds to go.”

Economist Doug Holtz-Eakin, head of the Congressional Budget Office under former President George W. Bush: “Passing genuine tax reform would include structural changes. As long as those are not included, it is not reform. This bill as presented would add to the deficit. Growth alone cannot account for the loss of revenue from tax cuts. This means it cannot pass the reconciliation process and will not be able to become law.”