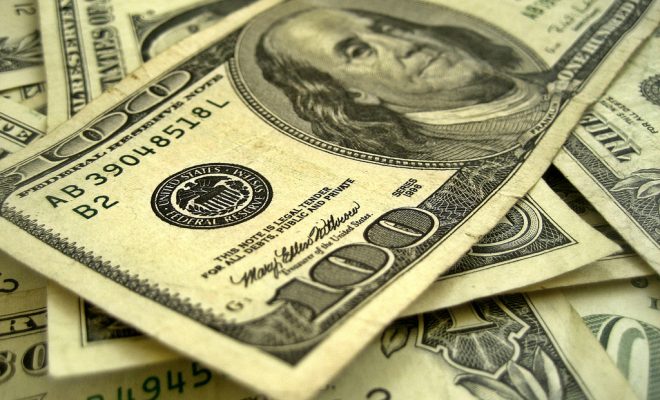 What You Need to Know About Trump’s 2018 Budget Blueprint

In what might be the largest assault on the funding of government agencies in decades, President Donald Trump released a preliminary budget proposal on Thursday. The budget, a $1.1 trillion affair, would mostly benefit the Defense Department, while considerably reducing funds for the EPA, the State Department, and a whole host of other federal agencies. The budget is called “America First: A Budget Blueprint to Make America Great Again.”

About three-quarters of the federal budget is mandatory spending, or spending that is largely locked in and cannot be shifted. Mandatory spending is generally comprised of entitlement spending and interest payments on the national debt. The remaining quarter of the budget is discretionary spending, or spending that the presiding administration and Congress can alter. This is the chunk of the budget–in which funding to federal agencies falls–that would be affected by Trump’s proposals.

Here is a guide to help you navigate Trump’s first budget proposal as president, and what might happen next.

For the federal government’s budget for the 2018 fiscal year, Trump has one clear area in mind that could use an infusion of cash: national security. Under Trump’s proposed budget, $54 billion would be added to defense spending, a ten percent increase. The funds would, in part, according to Trump’s budget, help to increase the ranks of the Army and Marine Corps and build-up the military’s ship and plane fleets.

“The core of my first budget blueprint is the rebuilding of our nation’s military without adding to our federal deficit,” Trump said in a letter that accompanied the proposed budget. Some Republicans worry that the increase in military spending does not go far enough. Rep. Mac Thornberry (R-TX), chairman of the House Armed Services Committee, said “the administration’s budget request is not enough to repair” the damage done by the military spending cuts in recent years.

Another costly security-related project that the budget proposal covers: Trump’s long-touted wall on the Mexican border. The price tag for that endeavor, which the proposed budget allocates funds for, would be roughly $2.5 billion.

How would the increases to defense spending be paid for? After all, when Trump pledged to drain the swamp, he never said money trees would sprout in its place. Ten federal agencies would face cuts of over ten percent of their current budget. The EPA, led by Scott Pruitt, a fervent critic of the agency, would see a 31 percent decrease in spending–a cut of about $2.5 billion. Programs to protect wildlife and the environment would be scaled back; 3,200 employees would lose their jobs.

The State Department, the government’s diplomatic arm of international engagement, would also face a stiff budget cut: nearly $11 billion would be shaved off the agency’s funding, a 29 percent drop. Contributions to the UN–for peacekeeping missions and efforts to combat climate change–would be drastically reduced, as would contributions to the World Bank.

Some observers believe that reduced spending to the State Department could, ironically, compromise national security. “We learned in both Iraq and Afghanistan that our military needs an effective civilian partner if victories on the battlefields are going to be converted into a sustainable peace,” said Stephen Hadley, President George W. Bush’s national security adviser. In addition to the cuts to the EPA and State, funding to 19 agencies would be eliminated entirely, from the Institute of Museum and Library Services to the Neighborhood Reinvestment Corporation.

It is highly unlikely that the 2018 fiscal year budget will resemble what Trump proposed on Thursday. For one, the Obama Administration capped military spending in 2013, caps which could not be undone without 60 votes in the Senate, and Democrats would likely all oppose such an attempt. In addition to Democratic opposition, many Republicans see Trump’s cuts as being too severe, if not illogical and unnecessary.

Sen. Lindsey Graham (R-SC) said the proposed State Department cuts render the budget proposal “dead on arrival.” Sen. Marco Rubio (R-FL) said the cuts to foreign aid, which makes up a fraction of the budget but has a substantial impact, go too far. House Speaker Paul Ryan, a connoisseur of conservative budget planning, supported Trump’s first draft. “We are determined to work with the administration to shrink the size of government, grow our economy, secure our borders, and ensure our troops have the tools necessary to complete their missions,” he stated. But Sen. John McCain (R-AZ), seemingly the face of congressional GOP opposition to Trump, gives the budget outline a slim chance of passing the Senate. “It is clear that this budget proposed today cannot pass the Senate,” he said in a statement.