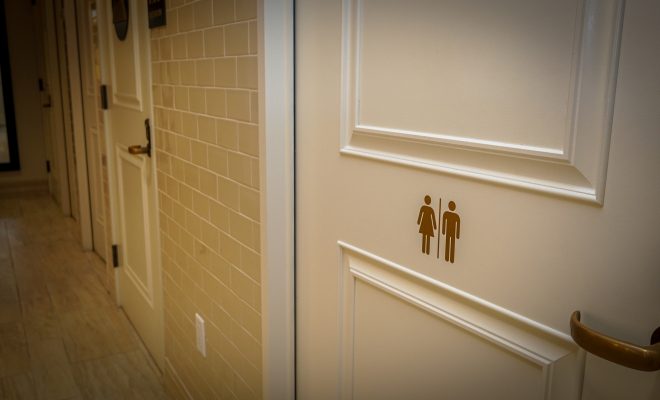 Transgender students across the country are fighting for the right to use restrooms that correspond to their gender identities. And an injunction that has thwarted their efforts will officially not be challenged by President Donald Trump’s team.

The Justice Department filed a legal brief on February 10 withdrawing the government’s objections to the injunction, a move that could impact an upcoming Supreme Court case. In August, a Texas federal judge issued the injunction to prevent President Barack Obama’s administration from enforcing a directive which mandates that public schools allow transgender students to choose restrooms based on their gender identities. Non-compliance, according to the previous administration, would violate Title IX, a federal law that prohibits sex-based discrimination in public schools.

Judge Reed O’Connor wrote in the injunction that the government didn’t follow proper rule-making procedures–also known as “notice and comment”–and couldn’t implement requirements based on “the interpretation that the definition of sex includes gender identity.”

Trump’s latest move could affect the outcome of a case involving Gavin Grimm, a transgender student who sued the Gloucester County, Virginia school board after his high school refused to let him use the boy’s bathroom. Grimm–who recently received a shout-out from “Orange is the New Black” actress and trans activist Laverne Cox at the Grammys–is scheduled to go to the Supreme Court in March. But the Washington Post reported that because his case is partially based on Obama’s directive, it may not move forward.

While on the campaign trail in April, Trump said he believed that transgender people should be able to “use the bathroom they feel is appropriate.” At the time, he also criticized HB2, a bill signed by North Carolina Governor Pat McCrory that requires people to use only the restrooms corresponding to their biological sex–although Trump primarily addressed the economic impact of the bill on the state’s businesses.

But after the Obama Administration directive came out in May, Trump said he believed the matter should be left up to the states, not the federal government. He used the same argument when he later contradicted himself and announced his support for HB2.

The DOJ dropped its opposition to the injunction one day after Jeff Sessions was sworn in as Attorney General. Sessions has a history of voting against the expansion of rights for Americans in the LGBTQ community: he has opposed marriage equality, workplace protections for LGBTQ employees, and the inclusion of sexual orientation under the definition of hate crimes. The Human Rights Campaign, an LGBTQ advocacy group which scores politicians on their civil rights records, rates him at 0 percent.

Although Trump has promised to protect LGBTQ Americans (specifically from “the violence and oppression of a hateful foreign ideology”) Vice President Mike Pence’s record on LGBTQ rights is similar to Sessions’. And over the summer, the Republican Party updated its platform to support the idea that parents should be free to make medical decisions for their children. Some saw that move as approval of conversion therapy–the use of psychological and sometimes physical discipline, including electroshock treatment, as a means of changing someone’s sexual orientation or gender identity.

Victoria Sheridan
Victoria is an editorial intern at Law Street. She is a senior journalism major and French minor at George Washington University. She’s also an editor at GW’s student newspaper, The Hatchet. In her free time, she is either traveling or planning her next trip abroad. Contact Victoria at VSheridan@LawStreetMedia.com.
Share:
Related ItemsBathroomDonald TrumpGavin GrimmHuman Rights CampaignJeff SessionsLGBTQMike PenceSCOTUSSupreme CourtTitle IXTransgender