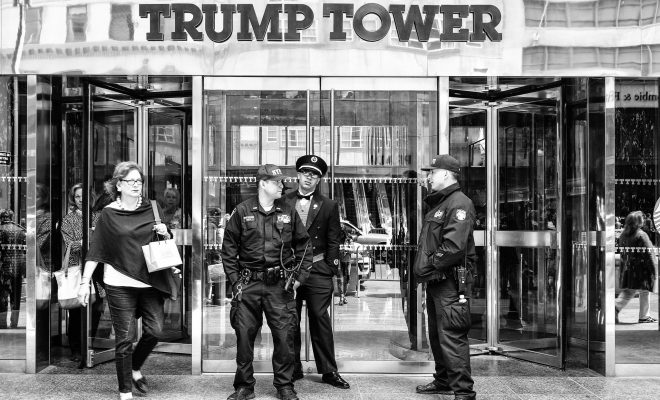 High-ranking members of the Senate Intelligence Committee, a Democrat and a Republican, said on Thursday that there is no evidence that President Barack Obama wiretapped Trump Tower. The rebuke comes two weeks after President Donald Trump tweeted that his predecessor tapped his phones during the campaign.

Despite producing no evidence to back up this claim, and as lawmakers from both parties piled on the condemnation, Trump remained steadfast. Now, high ranking members of his own party have delivered the strongest statement yet in contradiction to Trump’s claims.

“Based on the information available to us, we see no indications that Trump Tower was the subject of surveillance by any element of the United States government either before or after Election Day 2016,” Intelligence Chairman Sen. Richard Burr (R-NC) and Vice Chairman Sen. Mark Warner (D-VA) said in a joint statement.

House Speaker Paul Ryan delivered a less forceful denial of Trump’s wiretap claims on Thursday, when he told reporters that Congress has “seen no evidence of that.” Trump made the explosive accusation on March 4, when he tweeted:

Terrible! Just found out that Obama had my “wires tapped” in Trump Tower just before the victory. Nothing found. This is McCarthyism!

Trump continued his baseless Twitter tirade, adding: “How low has President Obama gone to tapp my phones during the very sacred election process. This is Nixon/Watergate. Bad (or sick) guy!” In the days since, Trump has failed to produce any evidence that Obama, or any agency or individual in his administration, bugged Trump Tower, his de facto campaign headquarters in Manhattan.

Some suspect Trump was referring to the recently-released intelligence information about some of his aides who had communications with Russian government officials or business representatives. Those conversations were relevant to U.S. authorities because there was evidence that Russia had meddled in the election by hacking the emails of Democratic operatives in a veiled attempt to boost Trump’s standing.

And while there is a legitimate concern that those taps might have inadvertently captured some of Trump’s campaign communications, there is no evidence to suggest that is what happened, intentionally or otherwise. FBI Director James Comey is scheduled to make a public address on Monday regarding the wiretap claims. Despite all of this, on Wednesday Trump ominously stood by his comments. “You’re going to find some very interesting items coming to the forefront over the next two weeks,” he said in an interview on Fox News.