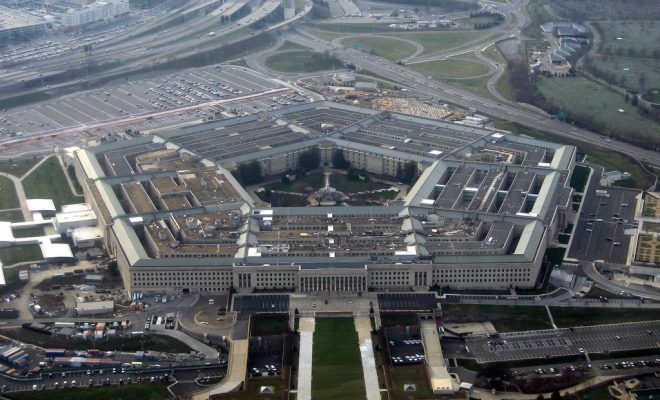 The Trump Doctrine: Let the Pentagon Handle It

Over the past few weeks and months, President Donald Trump’s military policy has begun to coalesce around a somewhat coherent idea: defer decision-making to the Pentagon. In contrast to its predecessor, the Trump Administration has taken a more hands-off approach to the ongoing conflicts in Syria, Afghanistan, and Yemen. The U.S. has had a footprint in all three battlefields for years. But the day-to-day operations since Trump took office have seemingly shifted from the White House to the Pentagon.

Last week, the administration quietly announced it would increase the U.S. presence in Afghanistan by 3,000 to 5,000 troops. The precise number of troops, the White House said, would be determined by Defense Secretary James Mattis. The U.S. currently maintains a force of about 8,800 troops in Afghanistan, where they train and advise Afghan government forces in the 16-year battle against the Taliban.

Deferring such a decision to the Pentagon could reflect the inner conflict taking place within the White House. Steven Bannon, Trump’s chief strategist, favors an isolationist approach, and would like to see the U.S. stay out of global conflicts. Others, like Mattis and National Security Adviser Lt. Gen. H.R. McMaster, favor a strong U.S. presence in places like Syria and Afghanistan.

Still, some see the Pentagon’s longer leash as a reflection of the administration’s lack of a coherent longterm strategy. In a statement released Monday, Sen. John McCain (R-AZ), Chairman of the Senate Armed Services Committee, said “six months into the new administration, it still has not delivered a strategy” in Afghanistan. According to the White House, a comprehensive strategy will be in place by mid-July.

The first indication that Trump would afford the military greater command in overseas conflicts came in January. U.S. special forces raided a compound in Yemen that belonged to al-Qaeda leaders, a mission that the Obama Administration had not approved. The raid resulted in the death of a Navy SEAL and a number of civilians, including children. Months later, in April, Trump said he was giving the military “total authorization”

In Syria, a number of incidents over the past month has demonstrated the differences in approach between Trump and former President Barack Obama, who many critics say micromanaged the military to its detriment.

On Sunday, a U.S. F-18 Super Hornet downed a Syrian jet after it dropped bombs near the Syrian Democratic Forces, a coalition of U.S.-backed rebel groups. The Pentagon said the action was taken “in collective self-defense of coalition-partnered forces.”

“The coalition’s mission is to defeat ISIS in Iraq and Syria,” the Pentagon said in a statement. “The coalition does not seek to fight Syrian regime, Russian or pro-regime forces partnered with them, but will not hesitate to defend coalition or partner forces from any threat. “

The episode marked the first time the U.S. directly took down a Syrian government jet. Earlier this year, after Syrian President Bashar al-Assad’s regime unleashed a chemical agent on its own citizens, the Trump Administration responded with an airstrike against a Syrian airstrip. The strike was the first direct U.S. attack against the Syrian government during the six-year-old civil war.

During Obama’s tenure, airstrikes and other combat actions in Syria were often meticulously reviewed by the White House. Critics, including people within the Obama Administration, argued that approach was too timid, perhaps contributing to the deteriorating situation in the war-torn country.

But critics of Trump’s approach say the lack of a diplomatic strategy to go along with a weightier military component can be dangerous. It can potentially escalate tensions between the U.S. and other powerful actors in the region, like Iran and Russia, some observers say.

Within the administration, there have been lobbying efforts to broaden the war against Iran and its proxies in Syria, according to Foreign Policy. But Mattis and other generals with decades of battlefield experience have snuffed that idea. The ultimate goal in Syria remains the destruction of Islamic State. The push toward Raqqa, the group’s de facto capital, is well underway.

Regardless of the Trump Administration’s tactics, the outcome in Syria remains the same as it was under Obama. The Pentagon recently wrote in a statement: “The coalition calls on all parties in southern Syria to focus their efforts on the defeat of ISIS, which is our common enemy and the greatest threat to regional and worldwide peace and security.”

Alec Siegel
Alec Siegel is a staff writer at Law Street Media. When he’s not working at Law Street he’s either cooking a mediocre tofu dish or enjoying a run in the woods. His passions include: gooey chocolate chips, black coffee, mountains, the Animal Kingdom in general, and John Lennon. Baklava is his achilles heel. Contact Alec at ASiegel@LawStreetMedia.com.
Share:
Related ItemsAfghanistanBashar al-AssadJames MattisObama AdministrationRussiaSyria