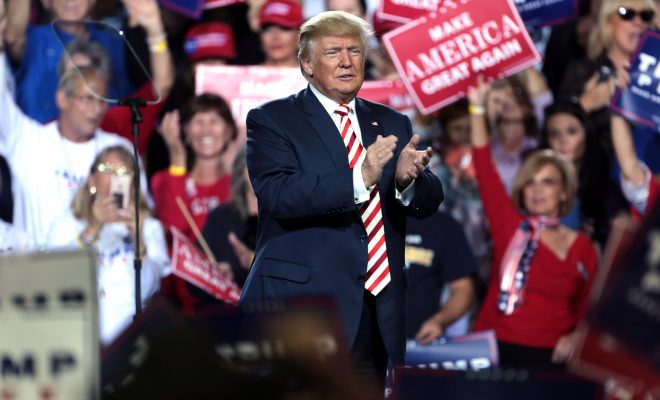 During a visit to a tool factory in Kenosha, Wisconsin on Tuesday afternoon, President Donald Trump is expected to announce an executive order aimed at reforming the H-1B visa program.

Trump’s executive order will essentially make it harder for employers to issue H-1B visas; employers and the prospective visa-holders would have to prove the job is going to “the most highly skilled workers,” according to a White House official familiar with the order.

The visas are designed to help a variety of U.S. companies fill their workforces, but critics contend that they are often used as an excuse to hire cheap foreign laborers. In some instances, American workers even train their eventual replacements–foreigners who work the same job for a lower wage.

According to a senior White House official, the order will direct “the strict enforcement of all laws governing entry into the United States of labor abroad for the stated purpose of creating higher wages and higher employment rates for workers in the United States.” It will deliver on Trump’s promise to “buy American and hire American,” the official said.

Hundreds of thousands of foreign workers apply for the visas each year. The government admits 85,000–a lottery system selects 65,000 applicants, and an additional 20,000 are given to graduate students.

Supporters of the visa program laud it as a way for employers to fill high-skilled jobs that are difficult to fill with American workers. But while the program is designed for engineers, scientists, and computer engineers, most of the H-1B workers are in the information technology sector–jobs that do not require an advanced education.

In addition to reforming the H-1B program, the official said Trump’s order will call on a number of government agencies to clamp down on “fraud and abuse” in the immigration system in order to protect American workers.

Alec Siegel
Alec Siegel is a staff writer at Law Street Media. When he’s not working at Law Street he’s either cooking a mediocre tofu dish or enjoying a run in the woods. His passions include: gooey chocolate chips, black coffee, mountains, the Animal Kingdom in general, and John Lennon. Baklava is his achilles heel. Contact Alec at ASiegel@LawStreetMedia.com.
Share:
Related ItemsAmerica FirstAmerican WorkersDonald TrumpExecutive OrderH-1BImmigrationVisas