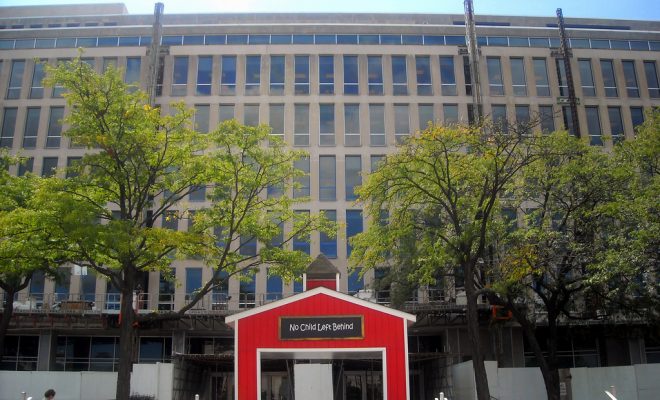 In her confirmation hearing on Tuesday, Betsy DeVos, President-elect Donald Trump’s education secretary nominee, was grilled about her lack of experience in public education, and about her controversial philanthropic history. She punted when asked about her stance on gun-free zones in schools, and would not commit to a full-throated support for public schools.

DeVos, a 59-year-old billionaire from Grand Rapids, Michigan, is an ardent supporter of charter schools and voucher programs, a divisive option that is barred in many states. She has scant experience in public education but has a long history of advocating for private schooling options.

In 1993, as the chairwomen for the Michigan GOP, DeVos pushed the law that legalized charter schools in the state. Today, charter schools are legal in 43 states and the District of Columbia. After seeing success as an advocate for charter schools, DeVos set her sights on voucher programs, which use taxpayer dollars to encourage families to enroll their children in private or religious schools.

Her attempts to bring voucher programs to Michigan failed however, when a ballot measure she backed in 2000, which would have legalized them in the state, did not pass. Thirteen states and D.C. have instituted voucher programs for qualifying students. Critics of voucher programs say they fail to foster diversity, and that they suck resources from public schools, which could adversely affect low-income students. Supporters say they encourage competition and innovation, and increase the options available for families to educate their children.

In her hearing on Tuesday, DeVos was asked about her commitment to public education. “Can you commit to us that you will not work to privatize public schools or cut a single penny from public education?” asked Sen. Pat Murray (D-WA). DeVos replied that she supports “options” and that “not all schools are working for the students that are assigned to them.” She did not explicitly say she would not cut funding for public schools.

Democrats also prodded DeVos on her stance on gun-free zones in schools, as well as the millions of dollars she and her family have poured into some controversial causes. For instance, DeVos gave money to Focus on the Family, a conservative Christian group that supports conversion therapy, an ineffective practice meant to change a person’s sexual orientation. DeVos estimated she and her family have spent $200 million in donations.

Tuesday’s hearing resulted in one lightning rod answer that is making the rounds on social media. When asked about whether she supported Trump’s stance on gun-free zones in schools (he said he’d ban them), DeVos said: “I think that’s best left to locales and states to decide.” She alluded to a school in Wyoming that erected a fence to protect students from wildlife, suggesting guns could be useful in such a situation. “I think probably there, I would imagine that there’s probably a gun in the school to protect from potential grizzlies,” she said.

What a grizzly image. pic.twitter.com/IjRFc7v99g

Raise your hand if you’re more qualified than #BetsyDeVos to be the next Secretary of Education. #DeVosHearing pic.twitter.com/22yfLZVU8A