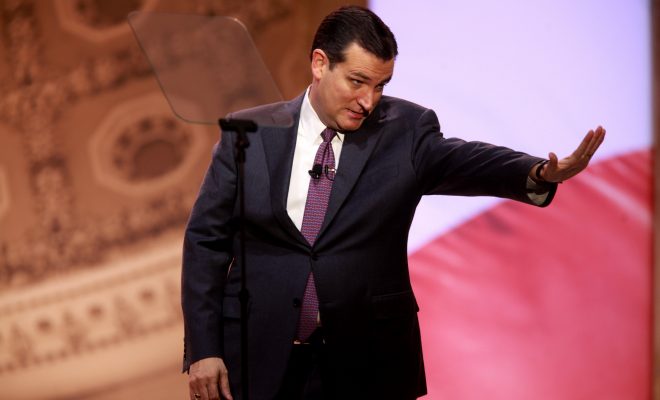 Congressional #TermLimits are the first step towards reforming Washington and draining the swamp.

Cruz and DeSantis had previously indicated that they were interested in this kind of amendment. The two penned a joint op-ed in the Washington Post, arguing in favor of term limits, in December. They pointed out that both President-elect Donald Trump and House Speaker Paul Ryan have shown their support for the idea. They wrote:

Without term limits, the incentive for a typical member is to stay as long as possible to accumulate seniority on the way to a leadership post or committee chair. Going along to get along is a much surer path for career advancement than is challenging the way Washington does business.

With term limits, we will have more frequent changes in leadership and within congressional committees, giving reformers a better chance at overcoming the Beltway inertia that resists attempts to reduce the power of Washington.

Many senators and congressmen have gone well past the 12 or six-year-limits proposed by Cruz and DeSantis. Currently over 25 senators have been in office for more than 12 years, including political heavyweights like Senator John McCain and Senate Majority Leader Mitch McConnell. Dozens of congressmen have racked up more than six years–Democrat John Conyers from Michigan has spent 52 years in the House of Representatives. Speaker of the House Paul Ryan has been there for 18 years. For the record, Cruz is only at four years, as is DeSantis.

Needless to say, if term limits end up being imposed, they’ll lead to big changes in Congress. But for now, it’s unclear where this amendment is going to go. An amendment has a long road ahead of it–it needs to pass Congress and then be ratified by at least 38 states. And realistically, there’s no certainty it will even get that far, as neither Ryan nor McConnell have indicated yet whether it will come up for a vote.

Anneliese Mahoney
Anneliese Mahoney is Managing Editor at Law Street and a Connecticut transplant to Washington D.C. She has a Bachelor’s degree in International Affairs from the George Washington University, and a passion for law, politics, and social issues. Contact Anneliese at amahoney@LawStreetMedia.com.
Share:
Related ItemsCongressDonald TrumpHouseRon DeSantisSenateTed Cruz