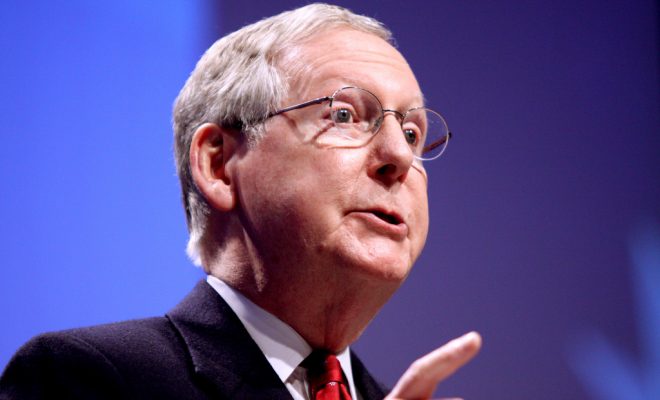 Just after midnight, in the early hours of Thursday morning, Senate Republicans approved a budget blueprint measure that is the first step in the arduous journey toward repealing the Affordable Care Act. The measure is a largely procedural move that will pave the way for more formidable legislation to move through Congress later this month. Congress uses budget blueprints as a guiding device for future legislation; they do not require a president’s signature, and do not become law. A House vote on the budget blueprint could come as early as Friday.

While the Obamacare repeal effort is officially underway, Republicans are still split on how to replace the health care law. In a press conference on Wednesday, President-elect Donald Trump said repeal and replace would happen “essentially simultaneously.”

In a statement, Senate Majority Leader Mitch McConnell called the vote “an important step toward repealing and replacing Obamacare,” adding that it will lead to “legislative tools necessary to actually repeal this failed law while we move ahead with smarter health care policies.” Senate Republicans unanimously voted for the measure, which passed by a vote of 51-48, while Democrats opposed it, deeming it the beginning of the end of health insurance for over 20 million people.

Senator Maria Cantwell (D-WA) said the GOP is “stealing health care from Americans.” Senator Ron Wyden (D-OR), said “health care should not just be for the healthy and wealthy.” And Senate Minority Leader Chuck Schumer of New York, who Trump recently called the “head clown” of the Democrats, said the vote was “irresponsible and rushed.”

For Republicans, the budget blueprint sets the stage to fulfill the party’s six-year effort to repeal President Barack Obama’s chief domestic policy achievement. The more substantial repeal legislation is expected to hit the Senate floor on January 27, though some Senate Republicans suggested that date is a placeholder, and a repeal bill could come at a later date.

The eventual repeal legislation–known as a reconciliation bill–will contain specific language that would repeal parts, if not all, of the ACA. Reconciliation bills are safeguarded from filibusters, and only require a majority vote to pass. Republicans control both chambers of Congress, so unless some Senate Republicans flip, that measure will almost surely pass. According to Trump, who held his first press conference in nearly six months on Wednesday in Manhattan, Republicans will have a replacement plan to offer sooner rather than later.

“It will be repeal and replace,” Trump said. “It will be essentially simultaneously. It will be various segments, you understand, but will most likely be on the same day or the same week, but probably the same day, could be the same hour.”