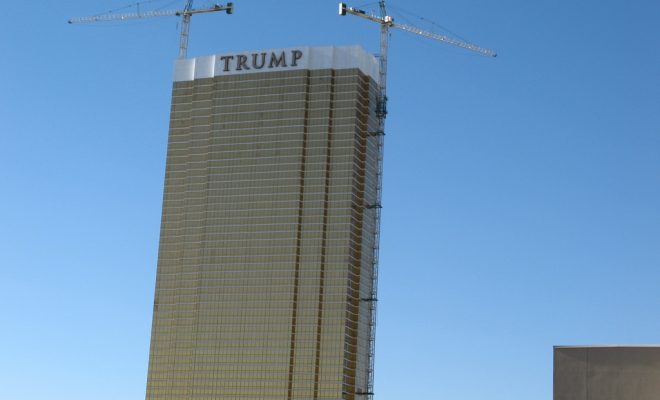 Because We All Missed it: Highlights from Infrastructure Week

Before his presidency, Donald Trump was a builder. Specifically, he built towers, golf courses, and even vineyards. Last week, he took on his biggest building job yet: America’s national infrastructure network. This push was dubbed by President Trump and his administration as “Infrastructure Week.”

Using a series of events and announcements, the current administration presented a $1 trillion plan to revamp this nation’s infrastructure, which includes highways, electrical systems, waterways, and airports.

Given that much of the news last week had little to do with infrastructure–notably Former FBI Director James Comey’s testimony before Congress–here are some of the highlights in case you missed it.

President Trump made his first major infrastructure announcement at an event last Monday at the White House with executives of numerous airline companies. At that meeting, President Trump announced his plan to privatize the air traffic control system with the hope that the private industry can significantly upgrade air travel. He said:

At its core, our new plan will dramatically improve America’s air traffic control system by turning it over to a self-financing, nonprofit organization. This new entity will not need taxpayer money, which is very shocking when people hear that. They don’t hear that too often.

The plan is based off of a bill written by Rep. Bill Shuster (R-Pennsylvania) last year and is supported by the air traffic controllers’ union as well as the CEO of Airlines for America (A4A), Nicholas E. Calio, who said it could potentially save the economy billions and dramatically improve air traffic control.

While the plan may not increase taxes as Trump claims, the cost of airline travel could increase for consumers as new fees would provide funding. The structure of this nonprofit corporation would give broad decision-making power to the board, which would be made up of mostly airline representatives and airline workers. The Congressional Budget Office estimates that completely modernizing the aviation system through privatization would actually cost more money (because of an expected increase in spending to modernize air traffic control) than maintaining the current system under the FAA. Reports have also indicated that privatization of the system increased air traffic control fees in Canada and the U.K. by 59 and 30 percent respectively. And if the cost burden is decided by airline executives and workers then it may be more costly for the consumers.

However, infrastructure projects typically don’t yield high return rates, leading some to question how the Trump Administration will be able to convince private companies to take on 80 percent of the workload. A potential consequence of this approach would be the prioritization of projects that will lead to higher returns for investors, rather than those with greater public need.

Trump and his team have said that they will change rules and regulations to make the process more appealing to businesses. So far the Trump Administration hasn’t said how exactly it will change the regulations.

On Wednesday, during his speech in Cincinnati, Ohio, President Trump said that he will work aggressively to fight the red tape (regulations) that makes infrastructure spending difficult. He said:

So we’re getting rid of the regulations, and we’re massively streamlining the approvals and the permitting process. Already my administration has expedited environmental reviews and critical energy projects all across the country.

Trump was in Cincinnati to discuss waterway reform, which is one area where the administration may seek to remove regulations.

Part of the plan that President Trump and his Secretary of Transportation recently emphasized is the amount of time it takes for new projects. When talking about his plans to cut regulatory hurdles in April, Trump said, “We’re going to try and take that process from a minimum of 10 years down to one year.”

Probably the most confusing aspect of “Infrastructure Week” is that there is still no fully completed infrastructure plan detailing specific policies.

On May 1, Trump stated that his infrastructure plan would be completed in two to three weeks. It’s been almost five weeks since that announcement and there are still many questions left unanswered.

For example, while Trump has touted that he will help rural infrastructure, he has only given vague hints as to what he wants to improve. On Wednesday, the president said, “Rural America will receive grants to rebuild crippled bridges, roads, and waterways.”

According to NPR, there were no further details given on how, specifically, rural American will receive this spending.

The bottom line is until there is an official bill, or at least a detailed proposal, presented to Congress with specific plans for how the administration will drive $1 trillion of infrastructure spending, Trump’s plan will be just that, a plan.

James Levinson
James Levinson is an Editorial intern at Law Street Media and a native of the greater New York City Region. He is currently a rising junior at George Washington University where he is pursuing a B.A in Political Communications and Economics. Contact James at staff@LawStreetMedia.com
Share:
Related ItemsInfrastructure SpendingInfrastructure WeekPrivatize Air TrafficRegulations