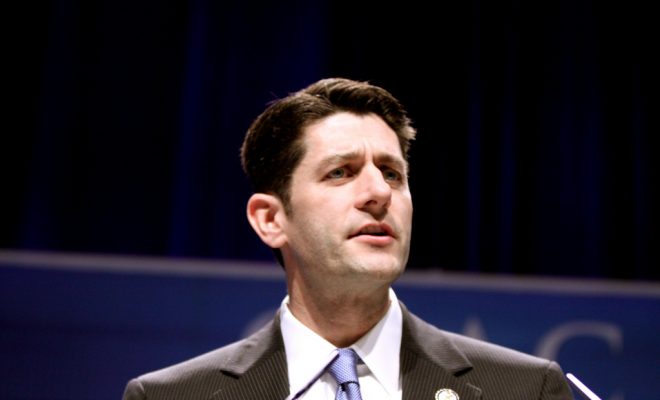 What’s the Deal with the Republican Tax Plan?

Over the past few weeks, as Russia-related revelations dominated the discussion in Washington, it has been easy to forget about actual governing. But things are happening. For instance, Republicans have been waiting in the wings for years, eager to pass tax reform legislation. When President Donald Trump–who has been busy swatting away rumors regarding his ties to Russia and jetting to Riyadh–took the White House, and Republicans maintained control of the House and Senate, Republicans could finally take a crack at a tax overhaul. Let’s take a look at their progress so far:

For one, it appears the border tax, favored by House Speaker Paul Ryan (R-WI), is all but moot. In a House Ways and Means committee hearing on Tuesday, a number of Republican members voiced their concerns about the tax, which would levy a 20 percent tariff on imports, while getting rid of export taxes.

Rep. Mike Kelly (R-PA) said he does not want funding for tax cuts, which would ultimately come from the consumer, “to be on the backs of everyday hardworking American taxpayers.” To another Republican member of the committee, which would have to approve any tax bill before hitting the House floor for a vote, supporting the border tax is out of the question. “I cannot support the border adjustability provisions as introduced last year in the blueprint,” Rep. Erik Paulsen (R-MN) said at the hearing, which included testimony from Target CEO Brian Cornell.

At the end of April, Trump unleashed a one-page tax reform plan. The plan’s key features included severe tax cuts and a steep reduction in the corporate tax rate, from 35 to 15 percent. The 2018 budget the administration released on Tuesday did not include any substantial changes to the April plan.

According to a recent report by the non-partisan Center on Budget and Policy Priorities, the administration’s tax plan “contains specific, costly tax cuts for the wealthy and profitable corporations but only vague promises for working families.” Using IRS data, the report estimates the plan would provide the top one percent with an average annual tax cut of $250,000 per household.

In addition to the administration’s plan, and the House proposal backed by Ryan and Kevin Brady, the Ways and Means committee chairman, the Senate is reportedly developing its own tax blueprint.

Alec Siegel
Alec Siegel is a staff writer at Law Street Media. When he’s not working at Law Street he’s either cooking a mediocre tofu dish or enjoying a run in the woods. His passions include: gooey chocolate chips, black coffee, mountains, the Animal Kingdom in general, and John Lennon. Baklava is his achilles heel. Contact Alec at ASiegel@LawStreetMedia.com.
Share:
Related ItemsBorder Adjustment TaxKevin BradyPaul Ryantax reformTaxesWays and Means Committee