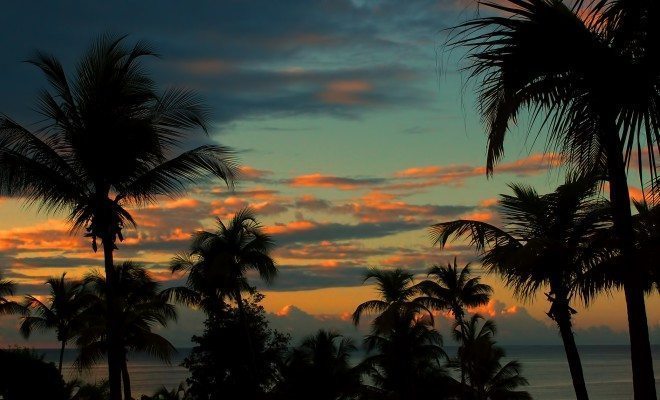 "Sunset in Puerto Rico" courtesy of [Trish Hartmann via Flickr]

Puerto Rico is Defaulting: What You Need to Know

Puerto Rico’s Government Development Bank defaulted on $422 million in debt on Monday, a small but important portion of the island’s $72 billion debt. This isn’t the first time Puerto Rico has failed to pay its debt; the country has been in dire financial trouble for a long time and its governor announced last June that the island’s debts were not payable. But Monday’s default marks the first time that Puerto Rico’s Government Development Bank will not be able to make a payment, a signal that the crisis in Puerto Rico is worsening by the day.

As the island continues to default, Peurto Rico faces increasing economic turmoil and may eventually fail to pay for the debt on its general obligation bonds, which are actually guaranteed by its constitution. The government in Puerto Rico has already taken harsh measures to cut spending and make some payments on outstanding debt. But as it reduces public services it threatens to weaken its economy even further.

Read on to learn how we got here and what’s in store for Puerto Rico’s future.

What Happened on Monday?

The entirety of Puerto Rico’s $72 billion debt is not due all at once, and on Monday, it only failed to pay most of the $422 million that it owed. Puerto Rico is a unique case in that there is not a single entity responsible for issuing all of its bonds, but the Government Development Bank is the commonwealth’s largest bond issuer–meaning its default is particularly significant.

The GDB did manage to make an agreement with credit unions to push back $33 million of its debt for another year, though much of the outstanding debt remains. In early April, Peurto Rican lawmakers passed a bill issuing a moratorium on debt payments, effectively allowing the government to stop paying its debts until 2017, though bondholders quickly took the issue to the courts. The island will continue to negotiate with its bondholders to the extent that it can, but because Puerto Rico cannot declare bankruptcy, there is no established process for doing so.

How did we get here?

Economic woes in Puerto Rico largely began after a 1996 law removed tax incentives for companies located in Puerto Rico. That law began a 10-year phase out of section 936 of the tax code, which had previously given significant tax benefits to companies with subsidiaries in Puerto Rico. Since then, the island has been in the throws of economic contraction and large numbers of Puerto Ricans have fled to the U.S. mainland.

The island has been in a recession for nearly 10 years, which has increased the local government’s cost of borrowing money. As a result, Puerto Rico has had to raise taxes and cut back on services to pay its bondholders. In 2014, Puerto Rico managed to strike a deal with several hedge funds to provide much-needed funding to keep the commonwealth solvent. But it was forced to take on short-term debt at a high interest rate, making its current situation even worse.

Underneath its current fiscal concerns, Puerto Rico has been dealing with ongoing economic contraction. A report commissioned by the government outlines many of the current challenges–from laws like the Jones Act, which inflates the cost of goods on the island by requiring all shipments to be made with U.S. boats; the federal minimum wage, which particularly high relative to the average income on the island and can prevent companies from hiring; and mismatching welfare needs relative to the mainland United States–that limit the island’s economic prospects. These problems have also caused many to leave the island altogether.

This chart from the Pew Research Center illustrates how the rate of population decline in Puerto Rico has been increasing in recent years:

Hope that Puerto Rico will one day be able to pay off its more than $70 billion debt is leaving the island as quickly as its residents. As the commonwealth’s population dwindles so too does its tax base, which is a crucial factor in the local government’s ability to increase its revenue and pay of future debt.

What about Wall Street?

Some argue that hedge funds exploited the situation in Puerto Rico by purchasing large amounts of government debt at very low prices. Economic troubles pushed interest rates on Puerto Rican bonds to over eight percent, which combined with significant tax advantages, made the island’s debt particularly appealing. Puerto Rico is able to issue triple tax-exempt bonds because Congress made the government and its public corporations’ debt exempt from federal, state, and local taxes.

That, combined with the constitutional guarantee–the general obligation bonds take precedence over all other public expenses–made Puerto Rican debt look particularly attractive to large investors. The New York Times summed this point up in an in-depth look at the situation last December:

There were plenty of reasons for the hedge funds to like the deal: They would be earning, in effect, a 20 percent return. And under the island’s Constitution, Puerto Rico was required to pay back its debt before almost any other bills, whether for retirees’ health care or teachers’ salaries.

Critics note that hedge funds have been taking advantage of attractive bonds issued by Puerto Rico and are now turning to the courts to ensure that they are paid the full price for bonds that they bought at a discount.

Is there a solution?

In light of Puerto Rico’s dire situation, the commonwealth’s fate lies almost exclusively in the hands of Congress. In light of its ongoing economic contraction and population decline, Puerto Rico will almost certainly be unable to stay current on its debt. Congress is now tasked with deciding if and how it will help the Puerto Rican government deal with the crisis.

The government in Puerto Rico is currently asking Congress to allow it to restructure its debts using the formal Chapter 9 bankruptcy process or something similar. Currently, Puerto Rico is unable to go bankrupt and has very little ability to negotiate with its creditors. Going bankrupt would allow the commonwealth to negotiate a plan to pay all or part of its debt over on a new time frame with different interest rates. U.S. Treasury Secretary Jack Lew argues that if Congress doesn’t act now and allow Puerto Rico to restructure its debts a bailout may actually be needed in the future.

Republicans in Congress have proposed a slightly more hands-on approach–creating a panel to manage and restructure the island’s debt obligations. The fiscal control board would allow the island to restructure its debts but would have a guiding authority to handle the politically difficult decisions involved with cutting back services and negotiating with bondholders. But that plan has faced opposition on both sides of the aisle.

Many conservatives have been wary of granting Puerto Rico the ability to restructure its debts, arguing that doing so could create a dangerous precedent and may amount to a bailout. It would not, in fact, be a bailout–debt restructuring would not involve any government funding–restructuring would merely allow the Puerto Rican government to renegotiate with bondholders without any taxpayer funds. Democrats argue that creating a control board would put too much control in the hands of an undemocratic entity. Puerto Ricans are also particularly wary of giving up control over their finances to a board of people installed by Congress.

While disagreements over how to deal with Puerto Rico’s imminent default persist, it’s important to note that such measures would only go so far in solving the island’s fiscal crisis. Even if it manages to renegotiate its debts, the commonwealth will need to rebuild its economy in the face of consistent population loss. As further cuts to public services are necessary to meet its debt obligations, the island will have an increasingly difficult time bringing money in to make future payments.