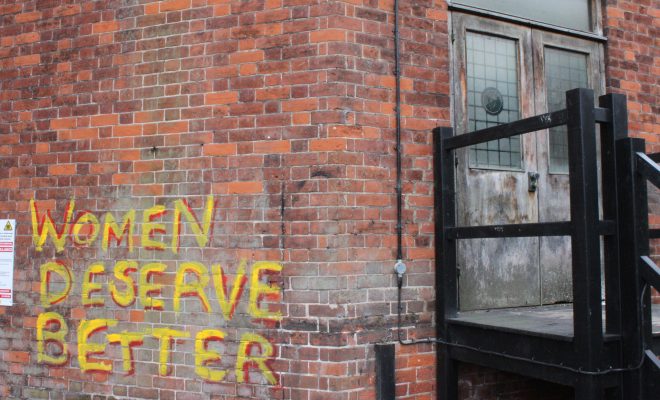 Are We Finally Going to Start Believing that Powerful Men Can be Sexual Assailants?

Another high-profile political name is in the news again for an alleged sexual assault. And no, it’s not Donald Trump. This time, it’s Supreme Court Justice Clarence Thomas whose name has surfaced–brought up by an Alaskan lawyer on her Facebook page earlier this month. Moira Smith, who was 23 at the time, claims that Thomas groped her at a dinner in 1999.

And while we shouldn’t question why a woman comes forward with a claim of past sexual assault, Smith’s reasoning is worth noting–it seems that the accusations against Donald Trump that surfaced earlier this month propelled her to go public. Smith’s accusations, while certainly pointed at Thomas, also add to a recognizable pattern. Thomas once again joins the scores of high-profile, powerful men who are accused of sexual assault but seemingly never thought they’d get caught. Although it’s also worth noting that this isn’t the first time Thomas has been accused of this kind of behavior–the Anita Hill accusations of 1991 are just as noteworthy. If nothing else comes out of this election cycle and out of these myriad allegations, it seems like there is one, shining potential: we start to dismantle the idea that we should believe powerful men over these scores of women.

So let’s talk about those powerful men. Trump–who is currently not only facing scrutiny over his comments to Billy Bush in 2005, but also multiple accounts of women who say that he groped, sexually assaulted, or attempted to sexually assault them–is probably the first example that comes to mind. But Bill Clinton has also been accused of sexual assault multiple times, an issue that has resurfaced as Hillary Clinton runs for the office. And the conversation about powerful men and what they have previously been able to get away with hasn’t just been limited to political figures. Bill Cosby, once beloved, has now been accused of sexual assault by over 30 women (although, in aggravating fairness, it of course took a male comedian pointing out the allegations to really spark the outrage). Accusations against Woody Allen, while they haven’t stopped him from making movies, have certainly colored many’s perceptions of him.

All of these men have, in a lot of ways, gotten off kind of easily, and the women who come forward with assault allegations are still put through the ringer in the court of public opinion, which will do almost anything to avoid believing them. Nothing new there. But many people are also now backing them up, pointing out the ubiquity of sexual harassment and assault as an American woman.

After the Billy Bush/Donald Trump account surfaced, women started taking to Twitter to talk about the first time they were every sexually assaulted.

ME: 14, molested in pool by family friend. 19, ejaculated on by fratboy while asleep. 23, said NO, got shoved/spit on/called a dyke #NOTOKAY

@kellyoxford 22- boss asked for me to rub his shoulders-then said it turned him on. i left the room and was fired the next day.#notokay

@kellyoxford I was 12 alone with a man in an elevator, he felt up my then not developed breasts. I’ve never told anyone until now. #NOTOKAY

Almost every single woman has a story like that. So why is it so hard to believe that powerful men are in some cases the cause? Are they somehow immune from contributing to an issue that is clearly pervasive? How is it easier to believe that women who accuse powerful men are only after their money or fame when it’s been shown time and time again that that’s not the case?

Smith even said she came forward specifically because of the current movement to speak out against sexual harassment and assault. In an interview she explained her motivations saying:

I have an eight-year-old daughter. Before last weekend, I had subconsciously convinced myself she would never go through this and now I know she almost certainly will. I am responsible to help minimize the risks and help her to understand what to do if she does, and to model the behavior that it’s not OK. It has changed my worldview as a mother.

Smith’s statements are, in a lot of ways, the point: “We now know that many men in power take advantage of vulnerable women.” Maybe the end result of these accusations is that we start treating them more as more than just myths.

Anneliese Mahoney
Anneliese Mahoney is Managing Editor at Law Street and a Connecticut transplant to Washington D.C. She has a Bachelor’s degree in International Affairs from the George Washington University, and a passion for law, politics, and social issues. Contact Anneliese at amahoney@LawStreetMedia.com.
Share:
Related ItemsBill ClintonBill CosbyClarence ThomasDonald TrumpSexual AssaultSexual Harassment