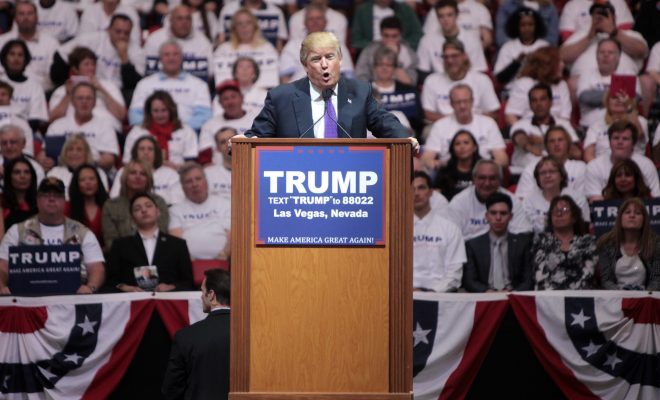 Why is Populism on the Rise in the U.S. and Europe?

Populism takes on a different flavor depending on the soil in which it takes root. Last November’s stunning election in the U.S., and the rising profile of anti-establishment figures across Europe brought populist forces back to the fore of the Western political conversation. President Donald Trump captured the frustrations of Americans who felt left behind by globalization, whose wages have stagnated, whose communities have suffered from the flight of factories, and who are feeling robbed of stability and identity.

Populism has also taken hold across the pond: Last June, Britain shocked the European continent when it voted to separate from the world’s largest and oldest bulwark of liberal democracy in the West, the European Union. And while Dutch voters recently thwarted the ascent of the populist, anti-Muslim candidate Geert Wilders, upcoming elections in France, Germany, and possibly Italy could see populist forces surge again. But while populism is undoubtedly on the rise in Europe and the U.S.–and, frankly, in many other corners of the planet–the forces propelling populism’s rise are not identical.

To Constanze Stelzenmuller, a fellow at the Center on the United States and Europe at the Brookings Institute, German populism is fueled by the fragmentation of society, and insecurity following the influx of nearly one million refugees in 2015. Germany’s populist sentiment is “more about people worrying about the stability of their institutions and the ability of the state to control a situation,” than a flailing economy, Stelzenmuller said at a recent Brookings event in Washington.

At the end of 2015, German Chancellor Angela Merkel opened her country’s doors to about one million Syrian refugees. That gesture flooded a country not only with human beings, but with a real or perceived threat to social cohesion, according to Stelzenmuller. Initially applauded by Germans and the international community, a year of major terrorist attacks across Europe, and some small-scale attacks in Germany, have brought a feeling of unease to a country that prides itself on stability.

“Germans have always taken social cohesion extremely seriously,” Stelzenmuller said, adding that “a lot of attention is paid to the health of the social contract.” But of course, not all of Germany’s social woes can be attributed to the arrival of some beleaguered refugees. Traditionally, Stelzenmuller said, Germans were defined by their membership in three institutions: religion, trade unions, and political parties. “All three of these institutions for the last two decades or so have been bleeding membership,” she said, “and that’s truly a significant thing.”

France, which will hold the first round of its presidential election in two weeks, might be experiencing a similar force that is turning populism’s gears. Marine Le Pen, the leader of the National Front party, which was once unabashedly anti-Semitic and racist under the leadership of her father, is attracting hordes of voters to her anti-EU, anti-immigrant message. She is widely expected to reach the second round run-off, featuring the two highest vote getters, on May 7.

Le Pen has tapped into the insecurity of voters who feel unmoored by globalization an the rapid flow of technology, people, and cultures. According to France’s ambassador to the U.S. Gerard Araud, France’s populist moment, similar to Germany’s, reflects a feeling of social uncertainty. “A lot of French feel that they are lost in the society today,” Aruad, the ambassador since 2014, said at the Brookings event.

This rising thirst for populism, in Europe and the U.S., cannot be illuminated solely through a cultural lens. Economic forces–like globalization’s redistribution of jobs and economic systems transitioning from industry to service–play a large role as well, especially in the U.S. Trump’s ascension to the White House relied largely on white voters from rural swaths of the country. He parlayed their frustration at the loss of manufacturing jobs and plateauing–or dropping–wages into a narrow victory.

Nicholas Eberstadt, an author and a researcher at the American Enterprise Institute, points to the long decline in work for men and a drop in workforce participation rates. This, combined with “an explosion of crime and punishment,” Eberstadt said, color America’s unique brand of populism. On the surface, the economic malaise that many feel is discordant with the country’s overall economic health. Wealth has been on the rise since 2000, for instance, and the unemployment rate is falling.

But, Eberstadt said, men in rural, predominantly white communities have not felt the windfall. In fact, the labor force participation rate among men ages 25 to 54 in the U.S. has precipitously dropped over the past few decades. Today, it is just above 85 percent, one of the lowest among developed countries, including France and Germany. This, Eberstadt said, combined with the rise in felony rates and the fatal opioids that help ease these pains, has led to “the feeling that people are stuck in a system which isn’t working for them.”

Given that it’s inherently global, interconnected, and far-reaching, the consequences of globalization are a shared element of European and American populism. “I think there is a general rebellion against free trade,” Araud said. Free trade, once-accepted as hugely beneficial for growing societies, can no longer be force-fed to people as a means for good. “You have to prove it to our citizens,” Araud said. Automation, he added, is another uprooting force.

For France, Araud said, the cultural and economic crises have bred an “unhealthy quest for authority.” Le Pen is the candidate that best suits the authoritarian mold, while Emmanuel Macron, the left-leaning candidate who is expected to oppose Le Pen in the May run-off, embodies the liberal democratic values of the EU. In addition, Araud argued, automation has spurred job loss in the manufacturing sector, and, perhaps equally as important, people “underestimated the destabilizing effect of the 2008 [financial] crisis.”

Despite the building populist clouds, Eberstadt sees silver linings. “I think that there is a lot of room for hope,” he said. Some prescriptions he has in mind include: encouraging the growth of small businesses; reforming the country’s “awful” disability programs; and reforming the criminal justice system, which, he said, has far-reaching effects in communities across the country. But initial steps in countering populism’s rise, he suggested, should start at the ground level. “The first step in hope is to be able to empathize with, and to understand the arguments of, those that are in the populist camp.”