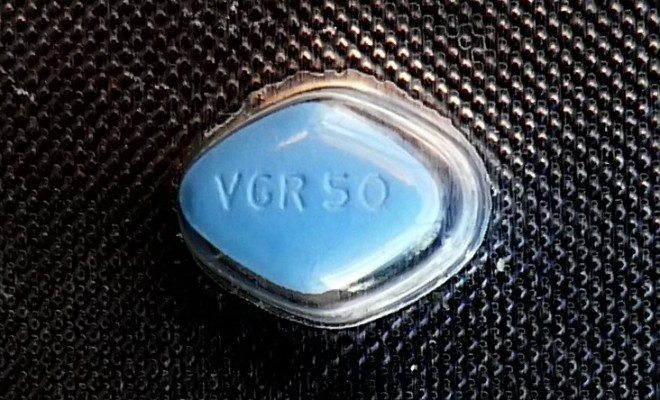 "One day" courtesy of [Felix E. Guerrero via Flickr]

Permission Slips for Viagra? Kentucky Rep. Gives Men a Taste of Their Own Medicine

In an attempt to match some of the sexist legislation that’s been passed in state legislatures lately, a Kentucky state representative has drafted a bill to create several new hoops for men to jump through in order to purchase drugs that treat erectile dysfunction.

Representative Mary Lou Marzian wants to use her bill, HB 396, to call attention to the amount of intervention into women’s health rights from the primarily male General Assembly of Kentucky. She condescending phrases back at the men who use similar arguments to defend their anti-abortion legislation. Saying things like, “this is about family values” and “I want to protect these men from themselves,” whenever she talks about why she decided to craft this bill.

The bill itself has whereas clauses that stipulate the potential risks of taking drugs like Viagra and Cialis and a well thought out list of regulations that will be placed on men trying to buy these drugs if the bill is passed. What are these regulations? There are four in total:

4. Men will have to make a sworn statement, with their hand on a bible, saying that they will only use the drug for sexual relations with their own wife.

Marzian’s bill is specifically meant to attack another piece of legislation known as the informed consent bill, which was signed into law earlier this month by Kentucky’s Governor, Matt Bevin. That law requires women who are considering an abortion to meet with a doctor–either in person or via video–within 24 hours of going to have this abortion. The law, which was drafted and passed almost exclusively by men, is supposedly an attempt to create a state that places a greater emphasis on family values. Rep. Marzian, a Democrat from Louisville,  that Republican lawmakers frequently use these positions on abortion as talking points to improve their chances of reelection. She’s concerned with the way they frame the abortion restrictions in terms of support for :

They say they’re about protecting the family, but they won’t vote to regulate booster seats, to enforce smoking bans or for early child education.

In reality, what this bill actually does is place more requirements on women trying to get an abortion, essentially shaming them for an already potentially traumatizing procedure. These bills may not be as focused on family values as the legislature might like to claim.

What has the response to her tongue-and-cheek proposal been like? Some people don’t get it; they think that Rep. Marzian’s legislation is a bill that will likely become a law, rather than a clever form of social commentary. On Facebook, comments have gotten heated. Some readers argue that the government needs to get out of our personal lives, claiming that it’s pretty frightening that a representative thinks that filling a prescription and abortion are the same. Clearly, those commenters just don’t get it.

Just like Leslie Knope shaming men holding “Yes All Men” and “Protect HIStory” signs at a political rally, Rep Marzian is calling out the hypocrisy of men telling women what they can and can’t do with their bodies, claiming they are just doing what they know is best for us. The bottom line is, we have got to move past this whole protector image that old white men in the government have of themselves. Women are doing just fine and know how to make decisions about their own health; we certainly don’t need men protecting us from ourselves.

Though no one expects it to actually go anywhere, the bill provokes an interesting discussion and is a brilliant way to call out the instances of sexism that we see so often in our legislatures today. Word on the street is that this liberal Kentucky representative isn’t done yet, either. She supposedly has plans in the work to introduce a new bill requiring people wanting to obtain a gun permit to talk to victims of gun violence 24 hours before receiving the permit. I guess trolling state legislators may just be the new way to get things done and make a statement these days–keep it up, Mary Lou!

Alexandra Simone
Alex Simone is an Editorial Senior Fellow at Law Street and a student at The George Washington University, studying Political Science. She is passionate about law and government, but also enjoys the finer things in life like watching crime dramas and enjoying a nice DC brunch. Contact Alex at ASimone@LawStreetmedia.com
Share:
Related ItemsAbortionErectile DysfunctionFamily ValuesFeminismKentuckyState Laws