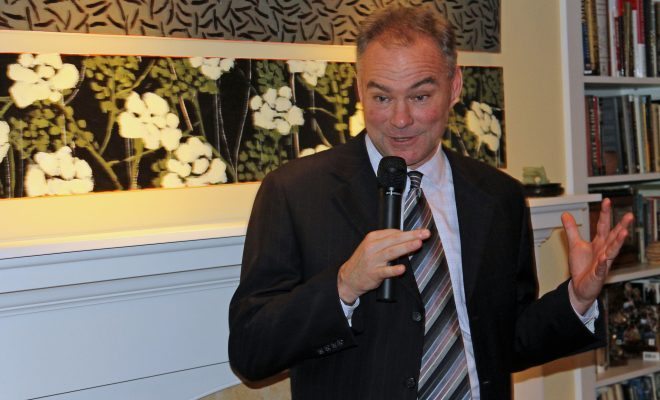 Americans don’t like this election. This year has been negative and distracting, and honestly, we deserve better.  Whether you take umbrage with Donald Trump’s hateful comments, Hillary Clinton’s email server, or you’re just frustrated with the direction your party has taken, you’re not alone. Many voters are disillusioned with the candidates who emerged from the primaries, and the general election is expected to be an even nastier fight.

But there’s another fight that deserves our attention, one with far less negativity baked into the candidates. The undercard fight is a cleaner, better fight. If you look to the vice presidential picks, Mike Pence and Tim Kaine, you get a glimpse of what that reset might look like. Pence and Kaine disagree on almost everything—gun rights, civil liberties, religious freedom, women’s health–yet they’re similar in that they avoid negative campaigning, and are seen as caring family men.

The vice presidential candidates make waves for policy decisions, rather than personal drama. They’re better representations of party values than the frontrunners are. They want to focus on the issues central to their party and central to their beliefs. Of course, you still might despise their decisions — but hating ideas is whole lot better than hating a person.

Imagine turning on the TV, and instead of hearing pundits analyzing the latest disparaging remarks from one candidate to the other, they debate whether a certain is good for the economy, or whether one is discriminatory. The closest chance we’ll have for that kind of debate will be when the VP candidates have their chance to spar.

People are already remarking on the similarities and differences between the two men, and while some people will still make jokes, the tone of their comparison is much more serious:

Both @mike_pence and @timkaine were student body presidents of their high schools pic.twitter.com/7wMsZqN8te