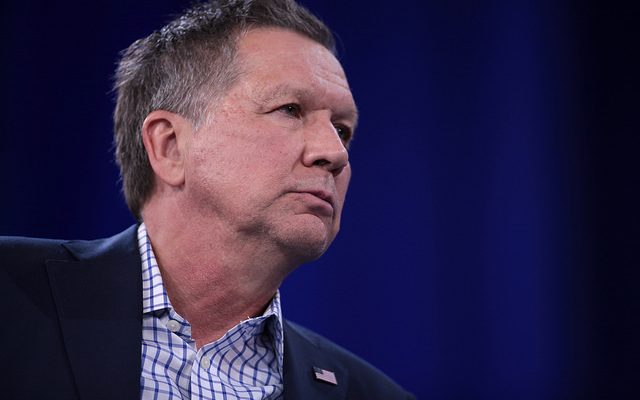 Ohio could soon adopt the nation’s strictest abortion legislation. A bill sent to Governor John Kasich would outlaw abortions as soon as a fetal heartbeat is detected–which is as early as six weeks after conception.

The state’s Republican-led House and Senate voted in favor of the so-called “heartbeat bill” Tuesday night, and now it awaits Kasich’s signature.

The measure, which was tacked on last minute to House Bill 493, an unrelated child abuse bill, would not exempt abortions in cases of rape or incest, but does include an exception for an abortion to save the life of a pregnant woman.

The amended bill passed in the Senate with a 21-10 vote, and then again in the House with 56-39–with votes largely following party lines.

If Kasich signs the bill, or if he does nothing in 10 days, the bill will go into effect early next year.

Physicians could face a year in prison if they perform an abortion after a heartbeat is detected or if they fail to check for one before a procedure.

*trump is person of the year, abortion basically banned in ohio*

1/3 Well, a 6 week abortion ban just passed the House in Ohio. FYI, you miss your period at 4 weeks pregnant. https://t.co/lAmrVUdHIQ

In February, Kasich labeled himself “pro-life with the exceptions of rape, incest and the life of the mother.” Since he became Ohio governor in 2011, Kasich has signed 17 anti-abortion measures into law. This includes a measure that helped defund Planned Parenthood, and another that banned abortions when a pregnancy is 20 weeks along unless a doctor determines a fetus cannot live outside the womb.

The American Civil Liberties Union of Ohio has already said it will lead a legal battle against the bill if it passes.

If @JohnKasich signs #HeartbeatBill, we’ll sue. #20WeekBan may pass as early as tmrw. Both are unconstitutional & should veto. #StoptheBans

At least two other “heartbeat bills” in Arkansas and North Dakota were found unconstitutional in federal court.

Kasich has not indicated whether he will veto the bill or sign it.

Alexis Evans
Alexis Evans is an Assistant Editor at Law Street and a Buckeye State native. She has a Bachelor’s Degree in Journalism and a minor in Business from Ohio University. Contact Alexis at aevans@LawStreetMedia.com.
Share:
Related ItemsAbortionHeartbeat BillJohn KasichOhioPlanned ParenthoodPro-ChoicePro-LifeWomen's Rights