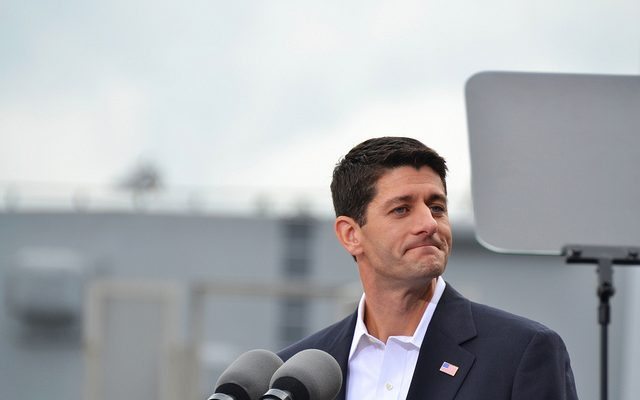 It is no large secret that Speaker of the House Paul Ryan has had a tumultuous relationship with the issues of poverty and welfare: referring to the “culture problem” of “inner cities,” claiming America is divided into “makers” and “takers,” and making more controversial statements within the last few years.

But following a speech in March 2016 where he apologized for the hateful rhetoric, poverty has become one of his premier issues, especially as he revealed the first part of the House Republican policy brief A Better Way on Tuesday.

The 35-page brief has a simple and not particularly harmful premise; by embracing community-oriented solutions, encouraging work, and customizing welfare services, more individuals in poverty will be able to achieve social mobility. However, in these 35 pages, Ryan offers few policy solutions, poor research, and repackages Republican cut-back proposals under the guise of being “good” for impoverished people in America.

While the proposal includes what is expected of a House Republican brief on poverty–cutting and consolidating welfare programs, blocking grants to states, and tightening work requirements for welfare recipients–the sheer lack of quality research and policy proposals is underwhelming.

Though Ryan has no problem citing sources and statistics on such imperative topics as whether or not Americans believe welfare recipients should have to work, the brief states–without statistics or sources–that “recent data suggests many (SNAP recipients) are not working or preparing for work” and that “recent reports from independent government watchdogs reveal that welfare benefits are often paid to people who are not eligible.”

Poor research aside, let us not forget that House Republicans abhor bureaucracy, but only when it’s inconvenient to their goals. The brief relies heavily on the Work Participation Rate (WPR) as the measurement of TANF success. This is innately unsuccessful because it doesn’t differentiate between states with low WPRs and states where social service workers do not accurately and attentively track WPR. Thus, Ryan’s recommendation to require states to “engage TANF recipients in work” is largely a move to better document and regulate work involvement, despite persistent anti-bureaucracy sentiments throughout the brief.

While this may be one of the most jarring contradictions Ryan offers, rest assured that it is not the only one. In a paragraph on strengthening higher education, he criticizes the strict academic-year timeline Pell Grant recipients are forced to take and proceeds to call the Pell Grant program unsustainable due to expansion.

Despite Ryan’s vague language, his attempts to criticize efforts such as the fiduciary rule–a Department of Labor proposal which would require retirement advisers to prioritize their clients’ best interests over profit–as well as the CFPB’s regulation of payday loans which have historically placed impoverished people in long-term debt traps, are quickly revealed as partisan interests snuck into a brief on “opportunity” for impoverished people in America.

In a more holistic way, the entirety of this brief is contradictory. Ryan espouses at one point that “this ‘spend more’ approach invests taxpayer dollars in bureaucratic programs without addressing the root cause of poverty.” However, in the brief, Ryan never assesses the root cause of poverty; to do so would invalidate his proposals to cut programs that help vulnerable people receive food and housing, and meet other basic human needs.

Ryan does seem to acknowledge that poverty extends beyond income poverty–that poverty is a culmination of societal forces suppressing social mobility. He is misled, though, in suggesting that services and work requirements can replace financial assistance. Strong community services and work enforcements alone do not feed people, do not pay the rent for their apartments, and to deny cash assistance is to be in denial of what poverty comes down to: not having the money and bargaining power in society to protect and empower oneself.

Ashlee Smith
Ashlee Smith is a Law Street Intern from San Antonio, TX. She is a sophomore at American University, pursuing a Bachelor of Arts in Political Science and Journalism. Her passions include social policy, coffee, and watching West Wing. Contact Ashlee at ASmith@LawStreetMedia.com.
Share:
Related ItemsHouse RepublicansPaul RyanPolicyPovertyRepublicanWelfare