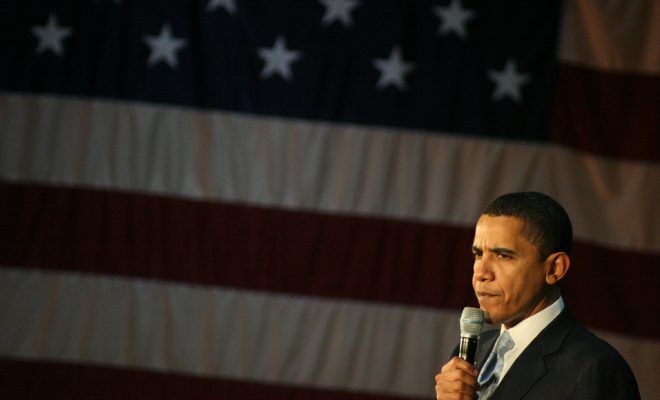 President Barack Obama continued his flurry of 11th-hour moves on Thursday, submitting a final rule to formally end a registry that has not been in use since 2011. It’s the latest in a string of preemptive actions meant to prevent his successor, President-elect Donald Trump, from making good on campaign promises Obama and other Democrats oppose.

The Justice Department under George W. Bush called for the database, the National Security Entry-Exit Registration System (NSEERS), after the 9/11 terrorist attacks. Kris Kobach, Kansas Secretary of State and member of Trump’s transition team, assisted with the creation of the database. The program registered visitors to the U.S. from certain African and Middle Eastern countries: Iraq, Iran, Libya, Sudan, Syria, and 20 others. Deemed ineffective and out of date by many Department of Homeland Security (DHS) officials, the program has not been in use since 2011.

Obama’s rule change will effectively erase the regulations for one tool that Trump might have used to make good on his campaign promise of registering all Muslims in the country. DHS’s final ruling said the database is “redundant, captured data manually that was already captured through automated systems, and no longer provided an increase in security in light of DHS’s evolving assessment of the threat posed to the United States by international terrorism.”

Although the program has been dormant since 2011, a 2012 report from the DHS inspector general indicated senior officials had been trying to discontinue the database since 2006. “Information obtained from fingerprints, flight manifests, travel and identification documents and intelligence sources is more valuable in determining who poses a potential national security risk,” the report said, adding that the database has “no discernible public benefit.”

Trump’s latest indication of what he might do to fulfill his immigration promises came Wednesday in Florida. He was asked if he would temporarily ban Muslim immigrants, or create a registry for Muslims, Trump replied: “You know my plans.” A spokesman clarified that the president-elect was referring to his plans to block visitors from countries with histories of Islamic extremism from entering the country.

President Obama’s final ruling is set to take effect immediately after it’s published in the Federal Registry on Friday.

Alec Siegel
Alec Siegel is a staff writer at Law Street Media. When he’s not working at Law Street he’s either cooking a mediocre tofu dish or enjoying a run in the woods. His passions include: gooey chocolate chips, black coffee, mountains, the Animal Kingdom in general, and John Lennon. Baklava is his achilles heel. Contact Alec at ASiegel@LawStreetMedia.com.
Share:
Related ItemsDHSDonald TrumpMuslim BanMuslim RegistryObama Administration