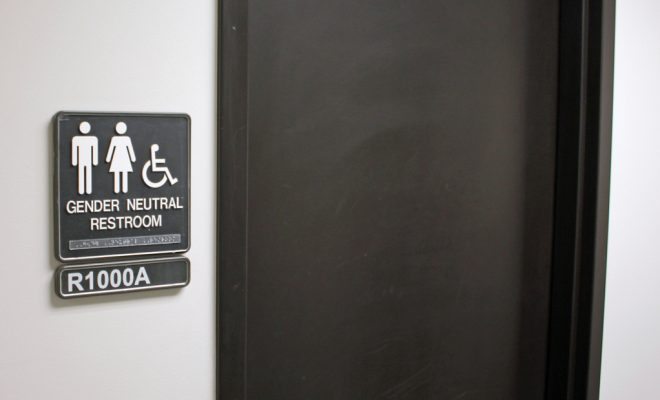 As the war over North Carolina’s restrictive HB 2 wages on, and the Department of Justice (DOJ) and Governor Pat McCrory go head to head, the Obama Administration is officially weighing in. The administration issued a guidance to public schools today, stating that schools must allow transgender students to use the bathroom that matches their gender identity.

The letter, sent by the DOJ and the Department of Education, is intended as “significant guidance.” That means that it doesn’t create any new laws, but “provides information and examples to inform recipients about how the Departments evaluate whether covered entities are complying with their legal obligations.” The letter defines often mis-used terms such as transgender, gender identity, and transition. The letter clearly states its expectations for the nations’ public schools when it comes to dealing with students who are transgender:

The Departments treat a student’s gender identity as the student’s sex for purposes of Title IX and its implementing regulations. This means that a school must not treat a transgender student differently from the way it treats other students of the same gender identity.

As it pertains particularly to restrooms and other facilities like locker rooms, the letter states:

However, unsurprisingly, some states are viewing the letter as fighting words. Texas Governor Greg Abbott has said that he will be working with North Carolina to fight the directive, and Lieutenant Governor Dan Patrick stated:

This is truly a modern-day Come and Take It moment. Texans will not stand for this…This will create chaos in America and in its schools, and it’s now going to be one of the key issues in the presidential election. Because she supports this policy, this may have cost Hillary Clinton the election.

It’s clear that the fight over bathroom use isn’t going to go away any time soon, and that transgender students in many states will continue to struggle with discrimination, hate, and fear. As we hurtle toward the 2016 election, we should expect to hear a lot more about the use of public bathrooms.

Anneliese Mahoney
Anneliese Mahoney is Managing Editor at Law Street and a Connecticut transplant to Washington D.C. She has a Bachelor’s degree in International Affairs from the George Washington University, and a passion for law, politics, and social issues. Contact Anneliese at amahoney@LawStreetMedia.com.
Share:
Related ItemsBathroomLGBTLTBGQObamaTransgender