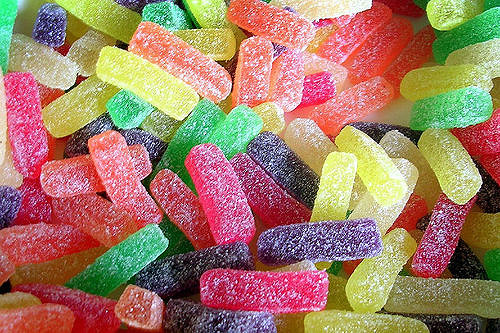 On February 17, Maine’s Department of Health and Human Services (DHHS) asked the federal government to approve a statewide ban on the use of food stamps to purchase sugary drinks and candy. In its press release, DHHS representatives argued that banning such purchases would benefit public health and ease the burden on taxpayers. While many welcomed the move, it embodies the way in which conditional government welfare programs patronize and stigmatize low-income people.

The Supplemental Nutrition Assistance Program (SNAP), also known as the Food Stamp program, is a state-administered and federally-funded program designed to help low-income families. Maine’s move to ban candy and soda aside, SNAP is already an example of conditional welfare in that benefits can only be used to buy foodstuffs from approved vendors. Rather than providing unconditional benefits for low-income families to spend at their discretion, conditional welfare programs like SNAP undermine the autonomy of low-income people by imposing parameters on how they are allowed to use their benefits. Governments rationalize the conditions imposed on welfare recipients, but these rationalizations are often unjustified. Ultimately, conditional welfare is motivated by a cultural and institutional mistrust of low-income people.

The press release from Maine’s DHHS justified the prospective ban on the grounds that soda and candy lack nutritional value and that eliminating the option to buy soda would reduce obesity amongst SNAP recipients. However, the assumption that simply improving nutritional content of the food one eats will improve one’s weight is not that well supported by evidence. While poor nutrition can affect certain health outcomes, the American Medical Association and the National Institute of Diabetes and Digestive and Kidney Diseases agree that caloric content, not nutritional content, of food overwhelmingly determines one’s weight.

In 2010, a professor of human nutrition at the University of Kansas made headlines when he lost 27 pounds in two months by cutting his calorie intake and restricting his diet to Twinkies, Doritos, and Oreos. Of course, being thin is not equivalent to being healthy and there are many positive health outcomes associated with improving nutritional intake. Nonetheless, simply banning the purchase of some items will do little to reduce obesity, nor ensure those on food stamps will diversify their nutritional intake.

After drawing a tenuous prediction that the prohibition of sugary foods will cause a reduction in obesity rates, the press release notes “Over $700 million is spent in Maine on obesity related medical expenditures and more than a third of that paid for by taxpayers in the Medicare and Medicaid programs.” This, of course, implies that low-income individuals are disproportionately responsible for Maine’s obesity problem and that they disproportionately contribute to the healthcare costs associated with obesity.

However, according to data from the Kaiser Family Foundation (KFF), the average low-income Mainer generates an effectively equal amount of “obesity related medical expenditure” as the average Mainer who is not reliant on Medicare or Medicaid. Over 269,000 of 1.33 million Mainers rely on Medicaid and over 306,400 on Medicare. When factoring in the 104,000 dual eligibilities, KFF’s data shows that nearly 35 percent of Maine’s population relies on these health aid programs.

Therefore, just under two-thirds of the Maine population that is not low-income makes up about two-thirds of Maine’s “obesity related medical expenditure.” The assertion made in this press release is likely grounded in the misguided and simplistic belief that poorer Americans are more likely to be obese. In reality, obesity is a relatively constant cause for concern across all income brackets.

Obesity is no doubt an issue in Maine and throughout the country. While the state’s move to eliminate sugary products from its food stamp program may have been well intentioned, it is but one example of how conditional welfare disproportionately blames low-income people for public problems that are largely unrelated to economic status. Such misguided rationalizations are often used to justify patronizing conditional welfare programs.

While limiting the autonomy of beneficiaries is seen as a way of ensuring government funds are spent properly, doing so not only unjustly stigmatizes welfare recipients, it often undermines the efficacy of each dollar spent on welfare. Conditional welfare assumes that because one is in need of welfare, they are unfit to have discretion over how they spend money.

Research has shown that unconditional cash transfer and welfare programs are far more effective means of improving recipients’ conditions. In 2003, Brazil introduced a program known as Bolsa Familia under which poor families were eligible to receive direct cash transfers. While Bolsa Familia did impose some conditions on families (requiring children of recipient families be vaccinated and attend school), each family was free to spend their cash transfer as they saw fit. The program was considered a huge success, helping to reduce poverty and inequality nationwide.

Maine’s effort to ban the purchase of candy and soft drink with food stamps awaits approval from the United States Department of Agriculture (USDA), which is the federal agency in charge of overseeing SNAP.

Callum Cleary
Callum is an editorial intern at Law Street. He is from Portland OR by way of the United Kingdom. He is a senior at American University double majoring in International Studies and Philosophy with a focus on social justice in Latin America. Contact Callum at Staff@LawStreetMedia.com.
Share:
Related ItemsCandyFood StampsMaineMedicaidMedicareObesitySNAPSodaSugarUnconditional Cash TransfersUSDAWelfare