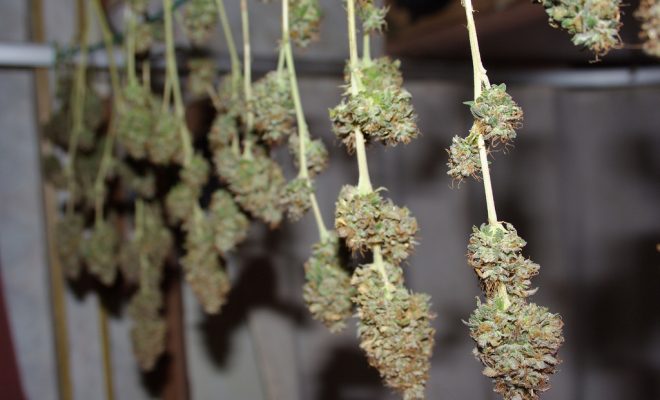 As part of an effort to engage the Gardiner, Maine, community and clean up the town of roughly 5,000, a nearby marijuana dispensary is rolling out an innovative new program. Essentially, citizens who bring in a bag of collected trash can exchange it for some weed.

Dennis Meehan, owner of Summit Medical Marijuana, offered the marijuana as a gift to adults over the age of 21. Citizens would meet Meehan at the park and get two trash bags to explore the city and collect any garbage they found.

If residents collected a full bag of trash from around the city they could bring it back and pick up their gifted weed. The exchange rate was one full trash bag for one gram of marijuana. Gifting weed to others became legal in Maine after recreational marijuana was legalized in January. Across municipalities with legalized weed, gifting weed has become a common method to circumvent rules against selling the product on the street.

For more information on the status of legalization in Maine check out our “State of Weed” map here.

He was inspired to put the event together by a similar weed exchange community event he heard about in Colorado. “[I heard of it in] Colorado – there was a town that did this,” Meehan told the local NBC affiliate. “They had a great response to this. So I was hoping to do the same thing in Maine.”

Meehan advertised the event on the dispensary’s Facebook page. After seeing its success, Meehan hopes to expand the program and make it statewide. While there are certainly some business interests at play here, Meehan also said that he wants to promote the “life-changing” aspects of marijuana, according to the Associated Press.

The nascent marijuana industry has been, so far, considered a success. One important aspect is the massive tax influxes that states that have legalized it have seen. For example, Colorado pulled in $200 million in just tax revenue in 2016, according to MarketWatch. Meehan’s actions prove that there are even more interactive ways for the marijuana industry to engage with the community.

For an industry that faces plenty of criticism, working with local communities could have a huge impact on public perception and how quickly critics shift their views. Now, it’s time to see if other marijuana businesses engage their communities in a similar way to Meehan and his Colorado inspiration.

Josh Schmidt
Josh Schmidt is an editorial intern and is a native of the Washington D.C Metropolitan area. He is working towards a degree in multi-platform journalism with a minor in history at nearby University of Maryland. Contact Josh at staff@LawStreetMedia.com.
Share:
Related ItemsCannabisColoradoCommunity RelationsLegalizationMaineMarijuanaMarijuana DispensariesTax RevenueTrashweed