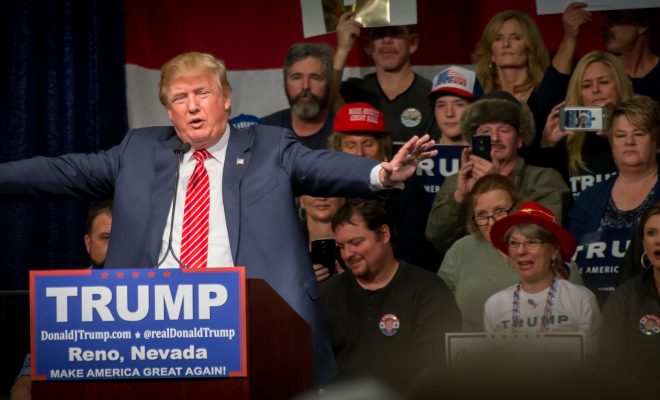 What You Need to Know About Donald Trump’s Wiretap Allegations

In the very early hours of Saturday, President Donald Trump went on one of his characteristic Twitter rants. He accused former President Barack Obama, seemingly without providing any evidence, of wire-tapping him during the 2016 presidential election.

Terrible! Just found out that Obama had my “wires tapped” in Trump Tower just before the victory. Nothing found. This is McCarthyism!

Why Does Trump Think Obama Has Wiretapped His Phones?

Well, no one is really sure. So far, POTUS has been very vague about any evidence he has for these claims. We know a Breitbart article was released on Friday that made allegations to that effect and some have hypothesized that Trump made his statements based on that article. The Breitbart piece appears to take at least some of its information from a separate Heat Street article; Heat Street is another conservative outlet. That article states that there are two separate sources confirming that the FBI got a FISA warrant granted in October, to examine the Trump campaign’s ties to Russia.

It’s unclear if Trump got that information from anywhere other than media reports. Jake Tapper tweeted:

WH officials with whom I spoke said POTUS got the info about wiretap from media – Breitbart, Levin – not from govt sources.

So, What’s a FISA Warrant?

FISA refers to the Foreign Intelligence Surveillance Court. It’s a “secret” tribunal that can grant warrants to monitor people related to terrorism or counter-intelligence investigations. Until 2013, FISA warrants weren’t really in the common American vernacular, but after Edward Snowden leaked classified info in 2013, the court was thrust into the national media. It was a FISA warrant that authorized the collection of information that Snowden eventually leaked.

But, it’s unclear whether the FISA warrant reported by Heat Street and Breitbart was ever actually issued. And even if it was, there’s no evidence to suggest that Obama would have been in any way behind it. Likely, it would have been the FBI or another intelligence agency that put in the request.

How Has Everyone Responded?

It’s been a bit of a mixed bag. An Obama spokesman, as well as the former Director of National Intelligence James Clapper have categorically denied the accusations. Clapper told Chuck Todd “there was no such wiretap activity mounted against the president, the president-elect at the time, or as a candidate, or against his campaign.” But he did also acknowledge that he can’t speak for “other authorized entities in the government or a state or local entity.” FBI Director James Comey also asked the Justice Department to publicly reject Trump’s allegations about the wiretap this afternoon.

Largely, reactions from other politicians have included confusion. Some Republicans have even expressed as much, making it clear that they don’t know where Trump’s claims have come from. For example, Senator Marco Rubio expressed seemingly shaky confidence that more information will become clear when he appeared on “Meet the Press,” saying:

The president today made some very serious allegations, and the informed citizens that a republic requires deserve more information. If without [an authorization], the President should explain what sort of wiretap it was and how he knows this. It is possible that he was illegally tapped.

Where Do We Go From Here?

The answer to that question is also very unclear. Presumably, Trump isn’t going to back off. In fact, Trump has doubled down on the allegations. Today, he called for a Congressional inquiry into the claims. So, this isn’t going to die anytime soon. Hopefully we’ll have answers soon.

Anneliese Mahoney
Anneliese Mahoney is Managing Editor at Law Street and a Connecticut transplant to Washington D.C. She has a Bachelor’s degree in International Affairs from the George Washington University, and a passion for law, politics, and social issues. Contact Anneliese at amahoney@LawStreetMedia.com.
Share:
Related ItemsBarack Obamacounter-intelligenceDonald TrumpFISAWiretap