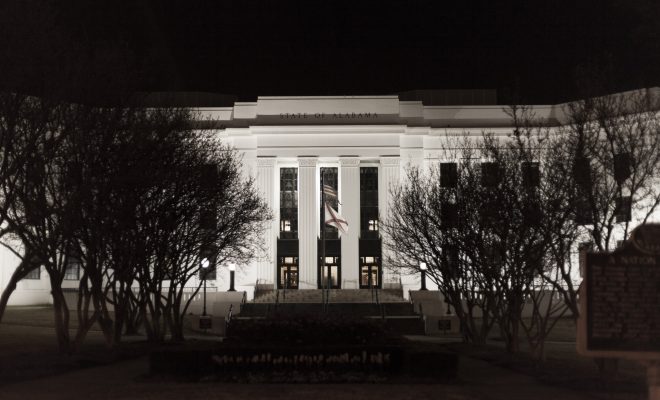 When Jeff Sessions was confirmed as the attorney general late Wednesday night, his Alabama Senate seat needed to be filled. Meet Luther Strange, the man who was tapped for the job. Nicknamed “Big Luther” (he is 6’9″) Strange is the attorney general of Alabama, and a former lawyer and lobbyist. Alabama Gov. Robert Bentley announced the appointment of Strange in a statement on Thursday.

“Alabama has surely been well represented by Senator Sessions, and I am confident Senator Strange will serve as a fine representative for our people,” Bentley said. “His leadership on a national level, service as a statewide elected official and long record of taking on tough federal issues are the very qualities that will make him a strong conservative Senator for Alabama.”

In December, a few weeks after President Donald Trump nominated Sessions as the attorney general, Strange said he would run for the vacant Senate slot in 2018. Strange, 63, will now hold Sessions’ seat until 2018, when a special election will be held; an election for a full six-year term will follow in 2020.

For his part, Strange said he is “greatly honored and humbled” to succeed Sessions, who by a 52-47 vote was confirmed on Wednesday. “I pledge to the people of Alabama to continue the same level of leadership as Jeff Sessions in consistently fighting to protect and advance the conservative values we all care about,” Strange added.

Strange and Bentley, the governor who appointed him, share some unusual history together. Last spring, 23 members of Alabama’s House Judiciary Committee pursued impeachment proceedings against Bentley. They accused him of having an affair with a political aide, Rebekah Mason. In November, Strange wrote a letter to the committee requesting that they suspend their investigation “until I am able to report to you that the necessary related work of my office has been completed.”

It is unclear if Strange investigated the claims against Bentley–on Thursday he said his November letter “speaks for itself.” But it seems the impeachment proceedings have, at least for the time being, been put on pause. Bentley also has the power to choose Alabama’s next attorney general.

Alec Siegel
Alec Siegel is a staff writer at Law Street Media. When he’s not working at Law Street he’s either cooking a mediocre tofu dish or enjoying a run in the woods. His passions include: gooey chocolate chips, black coffee, mountains, the Animal Kingdom in general, and John Lennon. Baklava is his achilles heel. Contact Alec at ASiegel@LawStreetMedia.com.
Share:
Related ItemsAlabamaAttorney GeneralJeff SessionsLuther StrangeSenate