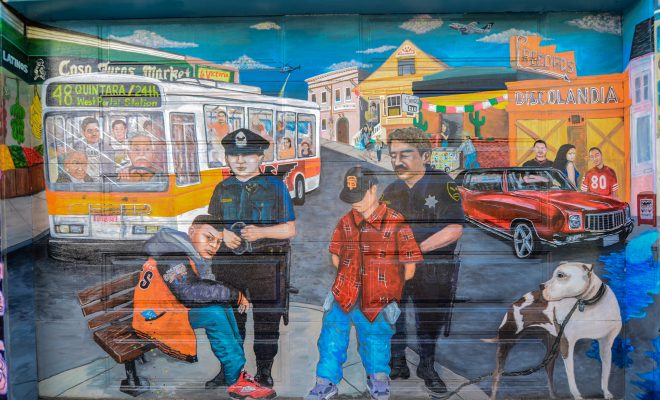 The LAPD will not assist President-elect Donald Trump in any way if he decides to follow through with his deportation plans, said police chief Charlie Beck on Monday. Trump has pledged to deport millions of illegal immigrants, a promise that has caused anxiety for many of the undocumented, as well as fully legal, immigrants in the country. Los Angeles County is home to roughly one million out of the 11 million undocumented immigrants in the U.S. But Beck said his police force will not do anything differently just because there is a new president:

We are not going to engage in law enforcement activities solely based on somebody’s immigration status. We are not going to work in conjunction with Homeland Security on deportation efforts. That is not our job, nor will I make it our job.

The LAPD has a long tradition of not complying with  federal guidelines on the issue of undocumented immigrants. Officers are not allowed to stop someone simply because of their immigration status, or to ask about it. Officers have additionally stopped handing over people arrested for small crimes to federal agents for deportation and also no longer hold inmates who might be deportable after they served their time.

California is a liberal state and is so unhappy about Trump’s election that many people there have recently been campaigning for Calexit—to make California independent from the rest of the U.S. Now that many worry about what will happen under Trump, officials in the Golden State have tried to comfort people. The LA Archbishop Jose H. Gomez held a special prayer service last Thursday, saying, “In the past couple days since the election… we have children in our schools who are scared. They think the government is going to come and deport their parents.” He said that the church will keep supporting immigrants that are here illegally.

pic.twitter.com/wAPa6ied6y
100,000 people rally against US Fascism and for #CalExit
We are an undeniable force

LA Mayor Eric Garcetti called for a meeting at Coalition for Humane Immigrant Rights of Los Angeles and promised that he would stand up for his people. “If the first day, as president, we see something that is hostile to our people, hostile to our city, bad for our economy, bad for our security, we will speak up, speak out, act up and act out,” he said.

On Friday, California Governor Jerry Brown signed a bill–Senate Bill 10–that would let undocumented immigrants buy health insurance through the state exchange. It passed the state senate on Monday but requires approval by the federal government. If that happens, it would make California the first state to let illegal immigrants who make too much money to qualify for low-income plans buy insurance from the state exchanges.

In times like these, it is reassuring that some people are determined to stay empathetic and show solidarity with others.

Emma Von Zeipel
Emma Von Zeipel is a staff writer at Law Street Media. She is originally from one of the islands of Stockholm, Sweden. After working for Democratic Voice of Burma in Thailand, she ended up in New York City. She has a BA in journalism from Stockholm University and is passionate about human rights, good books, horses, and European chocolate. Contact Emma at EVonZeipel@LawStreetMedia.com.
Share:
Related ItemsDeportationDonald TrumpIllegal ImmigrantsImmigrantsImmigration EnforcementLAPDLos AngelesLos Angeles Police DepartmentPolice