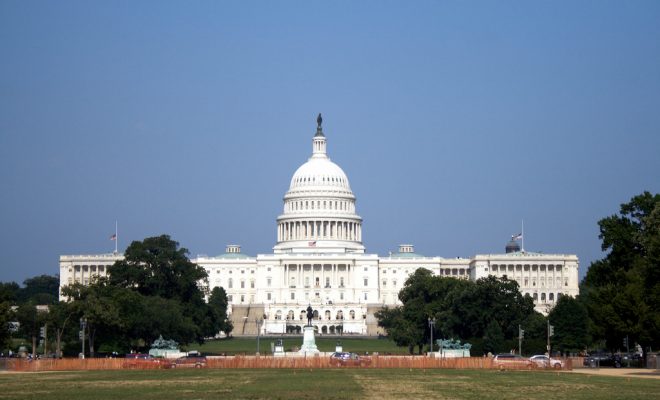 Speaker of the House Paul Ryan (R-WI) introduced a bill on Tuesday that would fine lawmakers for photographing or recording events in the chamber, in what is likely a direct response to a June sit-in staged by Democrats. After the House cut the CSPAN video feed during the sit-in, which was a response to the House refusing to take up a gun-control bill, the Democratic lawmakers pulled out their phones, took photographs, and live streamed the protest on Periscope, garnering millions of views.

The new rules “will help ensure that order and decorum are preserved in the House of Representatives so lawmakers can do the people’s work,” Ryan’s  spokeswoman said in a statement. First violations will incur a $500 fine–deducted from the guilty lawmaker’s salary–and subsequent breaches will lead to a $2,500 fine. The next Congress will vote on the bill on January 3, and lawmakers from either party can propose amendments to the 34-page bill before that date.

Led by Georgia Representative John Lewis, a Democrat, the 25-hour sit-in was a response to Ryan’s refusal to allow a vote on gun control measures proposed after the Orlando nightclub shooting. While most happenings in the chamber are streamed by CSPAN, Ryan effectively shut off the cameras when he called for recess after Lewis and dozens of other lawmakers began the demonstration. To ensure the public still had a window into the chamber, the participants used their phones to live-stream the event, and CSPAN picked up the feed. The movement was referred to as #NoBillNoBreak on social media.

After Ryan, who received plenty of flack from GOP lawmakers after failing to respond to the sit-in, announced the bill, Representative Eric Swalwell (D-CA), tweeted his reaction:

Dear @HouseGOP, you can fine me & @HouseDemocrats all the way into bankruptcy for #gunviolence sit-in, but we will always speak for victims.

Some experts say that the rules could potentially violate Article 1 of the Constitution. Mike Stern, a former lawyer for the nonpartisan House counsel’s office, told Politico that the Constitution “gives the House the authority to discipline members; I have never heard of anything where an officer of the House was given that authority.” Rather than have fellow lawmakers handle disciplinary action, Ryan’s bill would grant the House Sergeant-at-Arms unilateral authority. House Minority Leader Nancy Pelosi (D-CA), responded by saying the bill’s language “appears to raise constitutional concerns.”

Alec Siegel
Alec Siegel is a staff writer at Law Street Media. When he’s not working at Law Street he’s either cooking a mediocre tofu dish or enjoying a run in the woods. His passions include: gooey chocolate chips, black coffee, mountains, the Animal Kingdom in general, and John Lennon. Baklava is his achilles heel. Contact Alec at ASiegel@LawStreetMedia.com.
Share:
Related Items#NoBillNoBreakGun ControlHouse of RepresentativesHouse Sit InNancy PelosiPaul Ryan