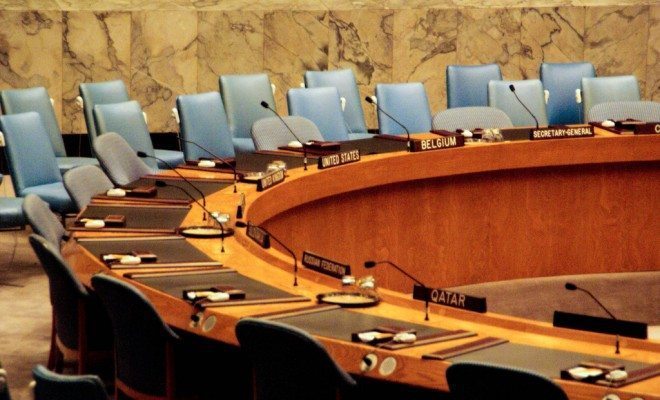 There’s no gray area quite like international law. Historically speaking it’s a relatively new field, and every nation accepts various parts of it. But essentially there are a number of different treaties, measures, and conventions that mediate the ways in which our nations interact, both in war and peace. Nations have certain obligations, and despite the United States’ abysmal track record when it comes to international law, we’re held to them too. We don’t live in a vacuum. After the collective political hissy fit that 47 Senators just had in the form of a truly condescending letter to Iran, it’s time to remind Senate Republicans of that.

The United States has long been dismissive of international law, and understandably so. For example, we have refused to ratify the Rome Statute–the document that created the International Criminal Court–out of fear that our heads of state could ever be tried in an international court. In fact, the United States has long occupied a position upon a hypocritical throne, condemning the actions of others that don’t fall in line with international norms and agreements while seldom being held to other international standards ourselves. That’s not necessarily a bad thing. The U.S. has been the world’s superpower for decades, and we’ve acted the part.

Just because the United States is the only real superpower doesn’t mean that we got there on our own. We have allies, most of whom belong to NATO and are located in Western Europe. Could we be a superpower without Germany, and the United Kingdom, and France? Probably. Would it be harder? Almost certainly. Here’s an example: yesterday, U.S. Navy Secretary Ray Mabus reached out to our allies asking them for help in the fight against ISIS. At a Senate Armed Services Committee meeting Mabus stated with regard to our international allies’ cooperation in the ISIS fight, “we can’t do it by ourselves and they have to carry their fair share of the burden.” Senator Roger Wicker, a Republican from Mississippi (who also signed the letter to Iran) said:

We are going to have to insist on more of a contribution from our international partners. We keep the lanes open for them. Our friends in Europe, our NATO friends and our other friends are depending upon what you are talking about. We are going to have to collectively come up with a plan to convince our partners that it is in their interests too to make the financial sacrifice.

We could deal with ISIS without our international partners, most likely. But any politicians who put us in that position would face a lot of backlash for the political and financial ramifications.

What does this have to do with Iran, and the remarkable letter that Senate Republicans sent to Iran’s government? Well, it’s important to remember that this deal, like any aspect of international politics, does not exist in a vacuum. Most importantly, this isn’t just a negotiation between Iran and the U.S., it involves five other countries and will be endorsed by a U.N. Security Council Resolution. We would prefer not to piss off the U.K., Germany, and France for the aforementioned reasons. Although our relationship with China is rocky at best, it’s hands down one of our biggest trading partners. Finally, the hot mess that is Putin’s Russia is at the very least a major player on the world stage, and it would probably be in our best interest to not piss it off either.

So, when Senate Republicans wrote that laughably snappish letter to Iran warning about a future president overturning a deal they don’t like “with the stroke of a pen,” that indicates that said fictional future president wouldn’t just be screwing a deal with Iran–they’d be doing the same thing to the U.K., Germany, France, China, and Russia as well. That doesn’t necessarily mean that anything would come of it–it would probably take a hell of a lot more to lose the loyalty of some of our closest allies–but it’s still not a good move for a new president to make.

That’s sort of the crux of the issue though. Either Senate Republicans don’t give a crap about the delicate balance of global politics, or they are so desperate to stick it to President Obama that they no longer care. Either way, the letter was an extraordinarily dumb move by a remarkably short-sighted group.

Anneliese Mahoney
Anneliese Mahoney is Managing Editor at Law Street and a Connecticut transplant to Washington D.C. She has a Bachelor’s degree in International Affairs from the George Washington University, and a passion for law, politics, and social issues. Contact Anneliese at amahoney@LawStreetMedia.com.
Share:
Related ItemsChinaEnglandFranceGermanyGOPInternational LawIranPoliticsRepublicansRussiaSenateVladimir Putin