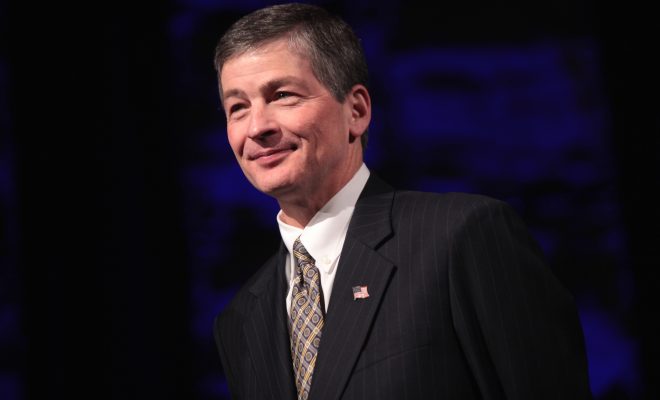 On Thursday, House Republicans are set to vote on a bill that would significantly repeal or alter major parts of the 2010 Dodd-Frank Act. Enacted in the wake of the 2008 financial crisis, and designed to prevent another meltdown, Dodd-Frank has been a Republican target since it was signed into law seven years ago.

Though the bill that would repeal it is expected to narrowly pass the House, entirely on the backs of Republicans, it faces a much higher hurdle in making it through the Senate, where 60 votes would be required to pass. If all 52 Senate Republicans vote for the bill, at least eight Democrats would have to support it to ensure its passage.

Critics of Dodd-Frank contend it stifled economic growth. Supporters say it helps bring financial security to everyday Americans, and is vital in preventing another recession.

The bill that would undo Dodd-Frank, called the Financial Choice Act, was drafted last year by Representative Jeb Hensarling (R-TX), the chairman of the House Financial Services Committee. Among other provisions, it would allow banks to waive some of Dodd-Frank’s restrictions on lending if they can show a substantial reserve of capital to cover potential losses.

On Wednesday, Speaker of the House Paul Ryan (R-WI), framed the new bill as a way to “rescue” small-town America from federal overreach. He said: “The Dodd-Frank Act has had a lot of bad consequences for our economy, but most of all in the small communities across our country.”

The bill is likely to pass the House despite unequivocal Democratic opposition; Republicans maintain a large advantage in the chamber. To Representative Louise Slaughter (D-NY), Republicans who support the Choice Act are “ignoring the past” and “endangering the future of millions of Americans.” She added: “Dismantling the law will force consumers to go it alone against Wall Street.”

The Choice Act will also weaken the powers of the Consumer Financial Protection Bureau, an agency that was formed after the 2008 crisis. Under the new law, the president would have the authority to unilaterally remove the head of the agency, and many of its oversight functions would be reduced. The law might also gradually reduce the federal deficit. According to a Congressional Budget Office analysis, the legislation would lower the deficit by $24.1 billion over a decade.

Still, Democrats see the bill as a direct rebuke of President Donald Trump’s promises to reign in Wall Street. “The Wrong Choice Act is a vehicle for Donald Trump’s agenda to get rid of financial regulation and help out Wall Street,” said Representative Maxine Waters (D-CA), the ranking Democrat on the Financial Service Committee. “It’s a deeply misguided measure that would bring harm to consumers, investors and our whole economy.”