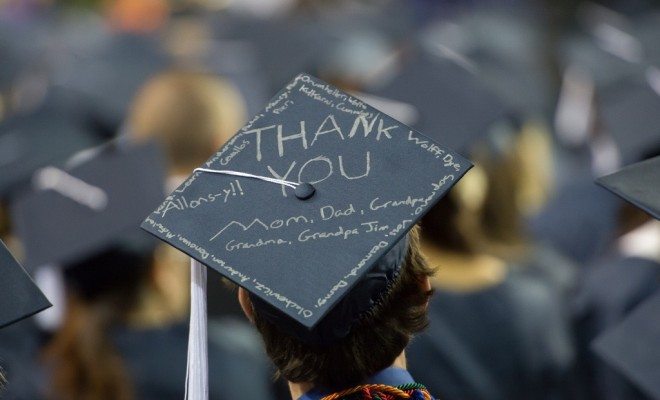 Older generations love to disparage Millennials, calling them lazy and self-absorbed, while Millennials shoot back saying that older generations don’t realize how good they had it when the economy worked for them (and we do so with memes because we’re more tech-savvy). These feuding stereotypes and generalizations will continue, but a recent analysis puts the generation gap in more concrete terms. According to a new report from the Guardian, Millennials have been the victims of a “30-year economic betrayal.”

Using exclusive data from the Luxembourg Income Study, the Guardian found that across many developed countries, the Millennial generation has been at a distinct disadvantage relative to past generations. In its analysis sponsored by the Joseph Roundtree Reform Trust, the Guardian looked at income data for eight of the largest developed countries in the world–the United States, the United Kingdom, Canada, Germany, France, Spain, Italy, and Australia.

The report’s striking conclusions illustrate the extent to which a range of factors have deeply hurt Millennials’ economic prospects, the report finds:

A combination of debt, joblessness, globalization, demographics and rising house prices is depressing the incomes and prospects of millions of young people across the developed world, resulting in unprecedented inequality between generations.

Using a massive dataset, the Guardian puts the economic disadvantages of the Millennial generation in context. The consequences of decades-long economic trends, Millennials are at a unique disadvantage relative to previous generations.

So how are all of these trends manifesting themselves? Well, if you’re a Millennial you probably already know. We’re more likely to rent than own our own home, and a much higher percentage of Millennials live at home relative to past generations. Among the countries that the Guardian looked at, just over 25 percent of Millennials currently live at home, including 10 percent of men aged 30 to 34. In 1999, less than 20 percent of those aged 20 to 34 in Generation X lived at home. And important life milestones like homeownership, marriage, and childbearing are put off by Millennials for economic reasons.

Findings from a New York Fed report further explain the way economic circumstances have shaped the lives of Millennials. The researchers note how the relationship between housing prices, student debt, and local economic growth helps explain why more Millennials are living together. And they found a strong connection between the cost of education and its related debt to the likelihood that young adults will live with their parents.

Looking at relative incomes paints an even starker picture. For example, the Guardian finds that adults aged 20 to 24 in the United States have 31 percent less disposable income when adjusted for inflation relative to the same age group back in 1979. At the same time, the disposable incomes of adults aged 50 to 54 have actually increased by more than 32 percent. Put another way, the 20 to 24 age group has seen its disposable income fall by $3,389 in real terms while the 50 to 54 age group has seen theirs increase by $5,176 relative to 1979. The disadvantages of Millennials hold true relative to other age groups and to the national average. For more details check out the Guardian’s visualization.

So what exactly is to blame for the new burden placed on the younger generation? Based on the available evidence, there seem to be several different factors that contributed to the current situation. As globalization increases, so too does competition for jobs. Real estate prices have also made it particularly difficult for Millennials to buy homes or even move out of their parents’ house. The growing importance of a college degree has landed many Millennials in a significant amount of debt before they even begin their careers. While getting a degree may pay off in the form of higher income later in life, debt burdens early on can delay economic independence. While Baby Boomers like to lament the fact that their kids still live at home, the underlying cause is likely economic and not a lack of motivation.

Past generations may not have intentionally made life difficult for Millennials, but it’s also becoming clear that they could have done more to help, particularly as their wellbeing increased. As Jim Tankersly at the Washington Post points out, Baby Boomers were born into a period of sustained economic growth and have benefitted tremendously from it. But at the same time they did little to reduce the burden for future generations. As the ratio of national debt to GDP reaches unprecedented levels, inaction on climate change continues, and the cost of the social safety net rises, Millennials will need to foot the bill.

This is particularly stark in certain countries–as the Guardian finds, “for the first time in France, recent pensioners generated more disposable income than families headed by a person under 50. In Italy the average under-35 became poorer than average pensioners under 80.”

Taken together, decades-long economic trends have made life difficult for many people in the developed world, but the burden has also disproportionately hit Millennials as other generations benefit. While it may be difficult to look to past generations and lay blame, it’s also fair to question whether they could have done more to prevent their children from paying such a high price.