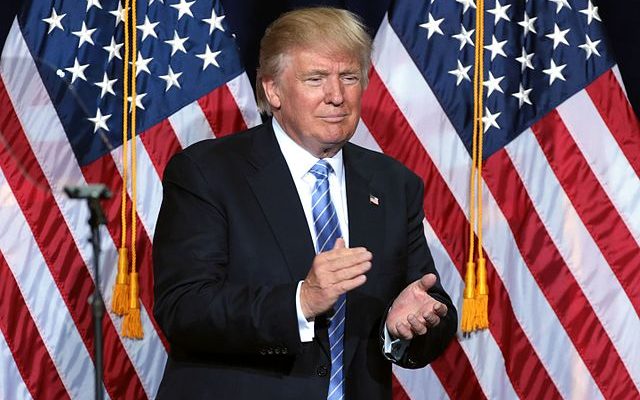 President Donald Trump announced Thursday his intention to pull the United States out of the Paris climate deal, an international environmental agreement dedicated to curbing the rise in global temperatures, adopting greener energy sources, and cutting down on carbon emissions. This decision drew criticism from foreign leaders, business executives, and even the mayor of Pittsburgh.

The announcement, given in the Rose Garden of the White House, was filled with the usual “America First” rhetoric that focused on a fear of being laughed at.

“We want fair treatment,” Trump said. “We don’t want other countries and other leaders to laugh at us anymore.”

To his credit, Trump defended his decision with evidence from the scientific community in between the comments focused on American exceptionalism. He mentioned that even if the agreement was followed all the way through by every country that signed it, the planet would see its global temperature drop two-tenths of one degree Celsius by 2100. A “tiny, tiny amount,” he said.

The good news is that the claim stems from a 2016 study by MIT titled “How much of a difference will the Paris Agreement make?” and is technically true. The not-so-good news is that Trump left out a key finding in that study. Researchers say that if nothing were to be done, global temperatures could rise over 5 degrees Celsius which one scientist said would be “catastrophic.”

Whether or not the president is aware of this fact is unclear. However, Trump’s track record on issues related to the scientific community does not provide much optimism for his understanding. His views on climate change, for example, leave a lot to be desired. On Nov. 6, 2012, he infamously tweeted:

Trump later downplayed the tweet as a “joke” in 2016 when Senator Bernie Sanders (I-VT) attacked his views on climate change in a Democratic Primary debate. But that was not the only time he has tweeted about global warming. Vox compiled all 115 of Trump’s tweets that mention his climate change skepticism including the following:

Snowing in Texas and Louisiana, record setting freezing temperatures throughout the country and beyond. Global warming is an expensive hoax!

Despite the president’s old tweets, NASA’s climate change website states that at least 97 percent of actively publishing climate scientists agree that climate-warming trends are a result of human activity.

It’s not just climate change that the president has some questionable views on. Earlier this spring, the Washington Post reported Trump’s beliefs on how the human body works. According to the New Yorker piece the article references, Trump stopped engaging in athletic activities after college because he “believed the human body was like a battery, with a finite amount of energy, which exercise only depleted.”

This is not true. The American Council on Exercise states that exercise improves the delivery of oxygen and nutrients to muscle tissue, allowing muscles to produce more energy for the body. The Department of Health and Human Services recommends at least 150 minutes of intense aerobic exercise per week. And the Mayo Clinic says that exercise improves muscle and heart health which gives people more endurance, and more energy.

But the most fascinating scientific belief that our commander-in-chief holds is his support for the use of asbestos. Trump believes that the movement to phase out asbestos in the nineties was a conspiracy set up by the mob. In his 1997 book, “The Art of the Comeback,” he says the following:

I believe that the movement against asbestos was led by the mob, because it was often mob-related companies that would do the asbestos removal. Great pressure was put on politicians, and as usual, the politicians relented. Millions of truckloads of this incredible fire-proofing material were taken to special ‘dump sites’ and asbestos was replaced by materials that were supposedly safe but couldn’t hold a candle to asbestos in limiting the ravages of fire.

Later in the book he calls an anti-asbestos law “stupid” and claimed that it is “also 100 percent safe, once applied.”

This belief continued well into the 21st century. In 2005, he credited the collapse of the World Trade Center on 9/11 to its lack of asbestos and doubled down on this in 2012.

The connection between asbestos and mesothelioma, a cancer developed through asbestos exposure, has been known since the early 20th century but only recently been acted upon due to a decades long cover-up.

The irony in all this comes from a standout quote from Trump’s speech last week: “I was elected to represent the citizens of Pittsburgh, not Paris,” he said. Between 1999-2013, Allegheny County, where Pittsburgh resides, had 1,616 people die from asbestos-related deaths, the highest in the state, and the asbestos-related death rate was nearly 80 percent higher than the national average.

Gabe Fernandez
Gabe is an editorial intern at Law Street. He is a Peruvian-American Senior at the University of Maryland pursuing a double degree in Multiplatform Journalism and Marketing. In his free time, he can be found photographing concerts, running around the city, and supporting Manchester United. Contact Gabe at Staff@LawStreetMedia.com.
Share:
Related ItemsAsbestosClimate ChangeDonald TrumpParis AgreementScience