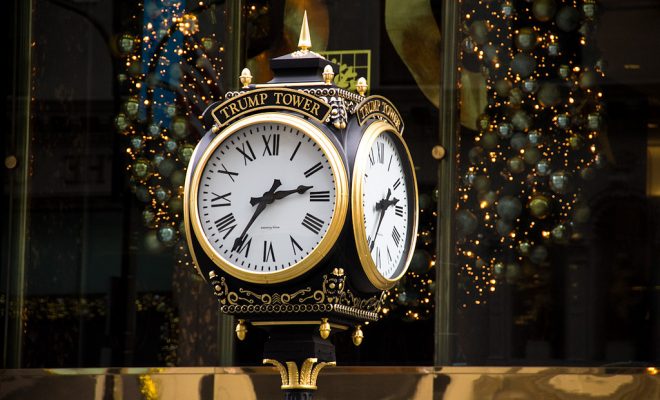 Rep. Devin Nunes (R-CA) said, in a press conference on Capitol Hill and later at the White House on Wednesday, that President Donald Trump and his associates were compromised during the campaign as the result of surveillance in Trump Tower. Trump’s associates, Nunes said, were “unmasked” by the surveillance, and some of Trump’s communications were swept up in “incidental collection” as a result. He cited a classified report as the source of his claims, but did not divulge who provided him with the information.

“I don’t want to get too much into the details, but these were intelligence reports, and it brings up a lot of concern about whether things were properly minimized or not,” Nunes said. “What I have read bothers me, and I think it should bother the president himself and his team, because I think some of it seems to be inappropriate.”

This behavior by Nunes, head of the House investigation into Trump and his associates’ communications with Russia, brings up a host of questions: Can Nunes continue to lead an impartial investigation? Did he reveal any new information? What is “unmasking” and “incidental collection”? And was the surveillance that Nunes described lawful?

Rep. Jackie Speier (D-CA) said that Nunes apologized Thursday morning for going straight to the White House with his concerns, and circumventing the House Intelligence Committee. But many House Democrats, including Rep. Adam Schiff (D-CA), the ranking Democrat on the intelligence committee, said Nunes could no longer be expected to be an impartial voice in the Trump-Russia investigation.

The White House, in contrast, warmly embraced Nunes’s direct approach. “I very much appreciated the fact that they found what they found,” Trump said, adding that he feels “somewhat” vindicated for his accusations that Obama wiretapped Trump Tower during the campaign. Sean Spicer, the White House spokesman, said Nunes provided “startling information.” But what exactly did Nunes reveal that was previously unknown?

The FBI and the Senate Intelligence Committee, which are leading separate investigations into Russia’s communications with Trump and his associates, both concluded there is no evidence Trump Tower was wiretapped–by Obama or any other intelligence agency. And Nunes on Wednesday admitted as much. It is the “unmasking” of Trump’s associates that has Nunes concerned. Americans are often surveilled for communicating with foreign actors that might concern the U.S. But their identities are commonly masked, hidden from U.S. authorities who are tracking them.

Not so in the case of Trump’s associates, Nunes claims. He said the identity of those who were surveilled–Nunes said it was multiple associates, Schiff said it was one–was revealed to U.S. officials. Given the unusual nature of the investigation into people close to Trump who had ties to Russia (a common target of U.S. surveillance), it is hardly surprising that U.S. officials might not have conducted business as usual.

And according to Schiff, “unmasking” in and of itself “does not indicate that there was any flaw in the procedures followed by the intelligence agencies,” and “is fully appropriate when it is necessary to understand the context of collected foreign intelligence information.”

The “incidental collection” Nunes mentioned refers to Trump’s communications that might have been collected due to the surveillance of his associates. Again, there is nothing illegal about that. As to who might have been the subject of the surveillance, Nunes provided no specifics. Here’s a good bet though: Paul Manafort, Trump’s former campaign chairman who resigned last August after his name was included on a ledger of cash payments made by Ukraine’s former pro-Russia President Viktor Yanukovych.