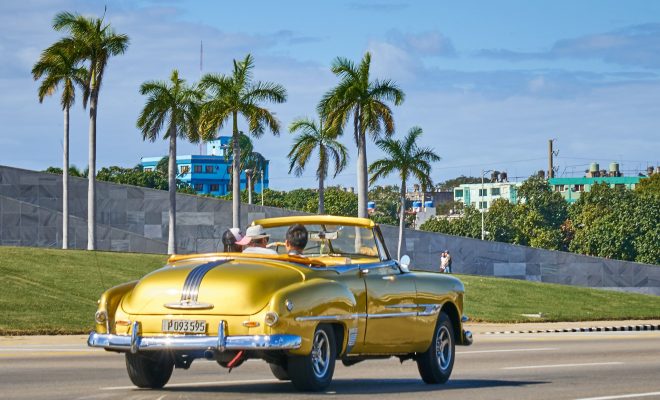 President Donald Trump has clearly made it a priority to reverse as many Obama-era achievements or initiatives as possible. From pulling the U.S. out of the Paris Climate Accords to immediately responding to Syria’s chemical weapons attack with force (something President Barack Obama’s critics say he wrongly failed to do), Trump’s emerging doctrine is, effectively: do what Obama did not. Could Trump’s quest to stand in stark contrast to his predecessor eventually undo Obama’s 2014 rapprochement with Cuba?

ABC News recently reported that Trump is indeed gearing up to reorient U.S. policy toward Cuba, making it harder for U.S. companies to engage with the Cuban government and restricting the growing flow of American tourists to the island.

“As the President has said, the current Cuba policy is a bad deal. It does not do enough to support human rights in Cuba,” White House spokesman Michael Short told the Associated Press, which also reported on Trump’s forthcoming policy reversal. “We anticipate an announcement in the coming weeks.”

After five decades of diplomatic inertia, Obama established formal ties with Havana in 2014. Critics say the increased investment will only prop up the Castro regime, which regularly commits human rights abuses. Since the opening of relations, American businesses and tourists have flooded the country with investment and cash. American companies–mostly in the tourism, travel, and communications industries–have struck 26 deals with the Cuban government from 2015 to 2017. And last year, 300,000 tourists flocked to the island.

Sources familiar with the Trump Administration’s thinking on the Cuba issue said the new policy will be phased in over the coming weeks. The administration has been facing intense lobbying by prominent Cuban-American lawmakers and business leaders, as many carry first-hand or second-generation memories of the Castro regime’s atrocities and were aghast at Obama’s actions in 2014.

Two of the loudest voices on Capitol Hill urging Trump to ditch America’s engagement with Cuba are Sen. Marco Rubio (R-FL) and Rep. Mario Diaz-Balart (R-FL), both Cuban-Americans. Rubio recently emailed a number of news outlets the following statement: “I am confident the president will keep his commitment on Cuba policy by making changes that are targeted and strategic and which advance the Cuban people’s aspirations for economic and political liberty.”

Meanwhile, on Cuban Independence Day last month, Trump issued a statement that “cruel despotism cannot extinguish the flame of freedom in the hearts of Cubans, and that unjust persecution cannot tamper Cubans’ dreams for their children to live free from oppression.” Trump added: “The Cuban people deserve a government that peacefully upholds democratic values, economic liberties, religious freedoms, and human rights, and my Administration is committed to achieving that vision.”

Alec Siegel
Alec Siegel is a staff writer at Law Street Media. When he’s not working at Law Street he’s either cooking a mediocre tofu dish or enjoying a run in the woods. His passions include: gooey chocolate chips, black coffee, mountains, the Animal Kingdom in general, and John Lennon. Baklava is his achilles heel. Contact Alec at ASiegel@LawStreetMedia.com.
Share:
Related ItemsCastroCubaDonald TrumpHavanaMarco Rubio