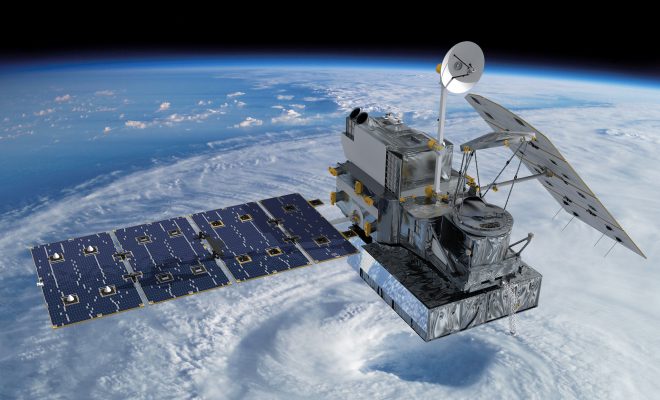 The House Armed Services Committee drafted bipartisan legislation on Tuesday to create a “Space Corps” within the Air Force by January 1, 2019.

The strategic forces subcommittee–which is in charge of space military matters–added the legislation to the National Defense Authorization Act. The Space Corps would act “as a separate military service within the Department of the Air Force and under the civilian leadership of the Secretary of the Air Force,” according to a joint statement from the subcommittee’s top legislators Rep. Mike Rogers (R-AL) and Rep. Jim Cooper (D-TN).

The Space Corps would have its own chief, who would sit on the Joint Chiefs of Staff with a six-year term, a position equal to the Chief of Staff of the Air Force. The position would answer to the Secretary of the Air Force, according to the legislation.

If you were excited about the prospect of Congress growing the military to be more prepared for space battles against invading aliens, then get ready to be disappointed. Lawmakers believe this legislation would be a proactive measure against the country’s current inability to defend from a space attack from our international enemies.

“There is bipartisan acknowledgement that the strategic advantages we derive from our national security space systems are eroding,” Rogers and Cooper said in a prepared statement. “We are convinced that the Department of Defense is unable to take the measures necessary to address these challenges effectively and decisively, or even recognize the nature and scale of its problems.”

As space infrastructure from countries around the world begin to populate the planet’s immediate orbit, U.S. leaders worry that an adversary–like China or Russia–could gain a strategic edge over the U.S. By establishing military capability in space first, U.S. adversaries could cripple satellites that help with communications and surveillance systems the military depends on.

It wouldn’t be a military space bill without some underlying fear of the Russians.

A surprising critic of this bill has been the current Air Force leadership. Chief of Staff Gen. David Goldfein appeared before the Senate Armed Services Committee in May and said that the bill would distract from the current goals of the service.

“I don’t support it at this time,” the general said. “Right now, to get focused on a large organizational change would actually slow us down…Whether there’s a time in our future where we want to take a look at this again, I would say that we keep that dialogue open, but right now I think it would actually move us backwards.”

The introduction of the Space Corps provision is only the beginning. The entire House Armed Services Committee will need to vote on the bill before it can be debated on the House floor, which is not expected to vote on the NDAA until after July 4. The Senate is working on its own version of a similar bill. If the Space Corps legislation in the NDAA garners enough votes from the House and Senate, then it will finally be sent to the White House to be signed into law.

Regardless of what happens to this legislation, government and military officials will continue to discuss the best way to provide for defense in orbit and beyond. It’s the way of the future that might eventually lead to the sixth branch of the U.S. Armed Forces.

Gabe Fernandez
Gabe is an editorial intern at Law Street. He is a Peruvian-American Senior at the University of Maryland pursuing a double degree in Multiplatform Journalism and Marketing. In his free time, he can be found photographing concerts, running around the city, and supporting Manchester United. Contact Gabe at Staff@LawStreetMedia.com.
Share:
Related ItemsAir ForceCongressHouse Armed Service CommitteeMilitarySpace Corps